Leapwork announced that it has received $10 million as Series A investment from DN Capital  and e.ventures, from London and Berlin respectively. The company’s platform automates processes that usually requires developers to write code. Leapwork believes that when software coders automate a process by writing lines of code, the deployment is never at scale.

Also, for non-technical staff that is not software development savvy, the company wants software robots to automate processes that they use on a daily basis. The brand is already catering to billion-dollar industries in the Banking, Healthcare, and Aerospace verticals The $10 million dollars received will be utilized for its US expansion.  Leapwork’s platform is extremely effective during automating code-based tools.

Leapwork’s current technology allows staff to directly automate a process through an easy-to-use interface. Hence, the staff does not need the assistance of code-writers before automating tools. The company believes that through their tools, enterprises can help staff members save 75% of their time.

Christian Brink Frederiksen, Leapwork’s CEO and co-founder said: “About half of our business comes from the US and this investment will enable us to serve those customers better as well as reaching new ones.”

Thomas Rubens, of DN Capital, said: “From the outset, we were impressed by Leapwork’s product, which we believe will change the automation landscape. Every company has repetitive tasks that could be automated and few have the developer resource to make it happen.”

Leapwork initially rolled-out the platform in 2016, upgrading it to better sync with the company’s clients. Since then Leapwork has established itself as a key vendor for providing an array of Automation services & software for the finance and healthcare industry. Before the funding, Leapwork was bootstrapped. 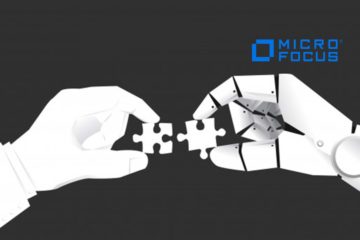