AEye Inc., a leader in artificial perception systems, announced the appointment of Blair LaCorte as president. LaCorte, who first joined AEye as an advisory board member in 2016, was named chief of staff in August 2017. As an accomplished executive and strategist, LaCorte will bring his extensive leadership experience to bear as the company’s new president.

LaCorte has run large, fast growing, global corporations, as well as held numerous executive and general management positions in both private and public technology companies. Prior to AEye, LaCorte was the global president of Production Resource Group (PRG), the world’s largest live event technology company, the CEO of XOJET, a leader in private aviation, and the operating partner at TPG, a premier private equity firm with over $91 Billion in global investments. LaCorte also held leadership roles at companies including Savi Technologies, Autodesk, and Sun Microsystems.

“Blair is an invaluable asset to AEye,” said AEye founder and CEO, Luis Dussan. “His unparalleled leadership skills, insight and intellect, as well as his experience successfully leading high-growth businesses will be critical to AEye as we set to scale our business to address the needs of our automotive customers.”

Ransom Wuller, AEye co-founder and former president, has joined the company’s board of directors and will continue in his role as chief financial officer.

“The team at AEye is exceptional, the technology is groundbreaking, and the opportunity before us is tremendous,” said LaCorte. “I am grateful to be a part of it, and for the chance to work with Luis and the rest of the AEye team to build an extraordinary company.”

AEye takes a disruptive approach to vehicle perception by putting intelligence at the sensor layer and making it extensible and controllable via a software driven architecture. The company’s iDAR system is an intelligent artificial perception system that physically fuses a unique, agile LiDAR with a hi-res camera to create a new data type called Dynamic Vixels. Through the integration of software definable feedback control loops, iDAR sensors can dynamically assess and prioritize what’s most relevant in a scene, then process this data at the edge. This is far and beyond the function of legacy fixed pattern LiDAR systems and standalone cameras with 2D computer vision algorithms. This unique approach enables rapid, dynamic perception & path planning, for drastically improved autonomous vehicle safety and performance. 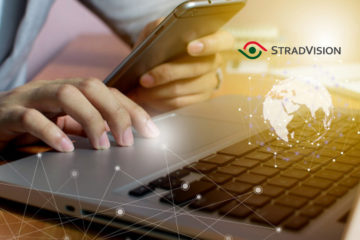