Parrot to Develop Next-Generation Reconnaissance Drones for the U.S. Army

Pentagon and the U.S. Army are collaborating with the former’s internal startup accelerator to build small-sized drones. Parrot, a leading European manufacturer of drones, is among the top six companies who satisfy the pre-requisites of the U.S. Army for drone manufacturing standards.

The U.S. Army’s Program Executive Officer (PEO) for Aviation partnered with the Defense Innovation Unit (DIU) and Army’s Maneuver Center of Excellence to handpick private companies to prototype and build drones that satisfy the army’s requirements for personalization, overhead surveillance, and ease-of-use.

These six companies received $11 million from The Short Range Reconnaissance Project for the testing and development of drone technology that can equip the infantry to quickly deploy the drone and get insights about the battlefield ahead.

“Parrot is proud to have been selected by the Army to work on this highly strategic project,” said Henri Seydoux, founder and CEO of Parrot. “The United States has always been a major market for the Parrot Group whether it is for our well-known consumer range or our advanced professional offering. We have always been at the forefront creating advanced, easy to use, compact and reliable drone-based solutions. We also perfectly understand how small unmanned aircraft, such as the Parrot ANAFI platform, has the potential to become a key part of the defense system. We look forward to focusing our advanced R&D on meeting the high standards set by the U.S. Army, to integrate drone efficiency in their day to day operations and support the world-leading army defense system”.

Some of the conditions that the drones have to meet are –

Parrot was the first company to build civilian drones and also fronted the investment in building commercial drones transforming it into Europe’s leading drone maker. 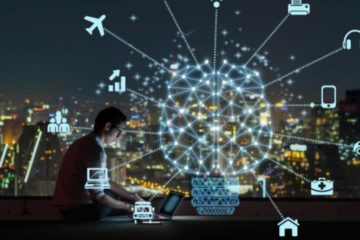