At midnight on December 1, KT held a historic ceremony to commemorate the start of its next-generation wireless service at its network control center in Gwacheon, south of Seoul. Chairman Hwang Chang-Gyu and other senior officials attended the ceremony, including Oh Sung-Mok, head of the Network Group, and Lee Pil-Jae, who heads the Marketing Group.

Later in the day, KT unveiled Lota as its first 5G subscriber. The robot will guide visitors through the Seoul Sky Observatory, which sits on top of the landmark 123-storey, 555-meter-high Lotte World Tower in eastern Seoul. The company plans to expand into new businesses with more pilot clients, using intelligent machines and business-to-business (B2B) operators.

The Korean telecom leader selected an AI robot as its first customer to symbolize its new 5G network service — providing a platform for innovation across the spectrums of business and people’s livelihoods. In a note to employees last week week, KT Chairman Hwang reaffirmed the company’s vision to continue developing as an intelligent platform for innovation in the new 5G era, leading the so-called Fourth Industrial Revolution.

KT deployed the first phase of its 5G network in late November. The new service has begun in the greater Seoulmetropolitan area, in the country’s most populated, major metropolitan cities outside Seoul and in isolated areas including Jeju, Ulleung and Dok islands.

Because of KT’s Internet backbone with full mesh topology and edge communication centers based on control and user plane separation (CUPS) technology, its 5G service with ultra-low latency is uniquely advantaged over other carriers.

Full mesh topology is an up-to-date technology in which every node in the network has a circuit connection to every other node. CUPS is an advanced architecture enhancement technology indispensable for standalone (SA)-based networks of 3rd Generation Partnership Project (3GPP) standards.

The first customer service available on KT’s 5G network is 10 gigabytes of data for a mobile hotspot terminal at a monthly rate of 49,500 won, the same rate applied to Lota. A smartphone with a mobile hotspot function provides an Internet connection for other mobile devices, such as notebook computers.

“KT has ushered in the 5G era by launching commercial 5G service on our 5G network across the country, and we will do our best to extend our coverage to every nook and cranny of the most remote mountain areas and islands, as well as urban cores,” KT’s Oh said. “We will provide the best quality 5G service to our clients by continuing to develop cutting-edge technologies.”

As a global ICT leader, KT is dedicated to operating the world’s first and best next-generation commercial wireless network on a nationwide scale. After successfully demonstrating the world’s first 5G trial services during the PyeongChang Winter Olympic Games in February this year, the company unveiled the 5G Open Lab in September to promote industrial collaborations with both local and global business partners.

KT is sharing its expertise in 5G with the rest of the world in order to accelerate the commercialization of next-generation wireless connectivity. In August, the International Telecommunication Union (ITU) approved KT’s plan for 5G trial services, which include Sync View, 360-degree Virtual Reality (VR) live streaming, and Omni Point View. These technologies were showcased in Pyeongchang as an international standard.

KT, formerly known as Korea Telecom before its privatization in 2002, announced a major plan in September to focus on developing five key areas: smart cities, smart factories, connected cars, 5G media and the 5G cloud. The goal of the company is to provide innovative services for its mobile users. Notably, the company is working with partners in Korea and around the world, such as Samsung Electronics, Hyundai Mobis, Posco, Intel, Ericsson, Nvidia and Qualcomm.

A commercial 5G network in South Korea is expected to create at least 30.3 trillion won in socioeconomic value in 2025, 1.5 percent of the country’s gross domestic product (GDP), according to a report released in July by the KT Economic and Management Research Institute (KT EMRI). The report forecasts that number will increase to at least 47.8 trillion won, which is 2.1 percent of the GDP, in 2030. 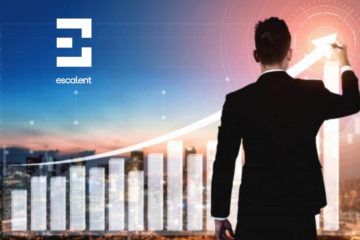 Qloo, the Leading AI Platform for Culture and Taste, to Participate in Universal Music Group Hackathons