Here’s our pick of keynote speakers we’re most excited about at the Mobile World Congress;

Fernando Alonso, Formula 1 Driver, McLaren
Widely regarded as one of F1’s most talented drivers of all time, Alonso has also challenged himself by competing in the Indianapolis 500 and Daytona 24 Hours in the past year. This season, Alonso is focused on returning McLaren to the front of the grid and will also compete in the 24 Hours of Le Mans.

Alonso will be joined onstage by Zak Brown, Executive Director of McLaren Technology Group. In this session, Alonso and Brown will share their perspectives on the intersection of motorsport and cutting-edge mobile technology. McLaren increasingly relies on connectivity and sensors as a critical tool in optimising the performance of all of their cars, both F1 and road, and collaborates with a broad ecosystem of companies from the technology and mobile industries to provide these solutions.

Ran Krauss, CEO & Co-founder, Airobotics
Ran is a leader and an influencer in the drone industry, working at the intersection of robotics, practical aviation and drone flight.

Airobotics is revolutionary within the commercial drone industry, as the company enables clients to run automatic missions for monitoring, inspecting, surveying, and securing large industrial facilities and other strategic sites such as mines, oil & gas companies and seaports.

Ran is the first licensed commercial UAV pilot in Israel, having assisted the Civil Aviation Authority in Israel to establish regulation for commercial UAV operation in 2011.

Sue Siegel, Chief Innovation Officer, GE
Sue Siegel is GE’s Chief Innovation Officer and CEO of Business Innovations, leading the development and acceleration of innovation across the company. An innovator at heart, she is a seasoned executive focused on uncovering new and unconventional paths to growth. She has 30+ years of corporate, entrepreneurial and venture capital experience all geared at one thing: turning untapped potential into real value.

In this role, Sue leads Business Innovations, a multimodal innovation engine focused on accelerating promising start-ups in GE Ventures, creating and launching new companies, licensing GE’s intellectual property, developing new markets, and nurturing innovative ideas into scalable initiatives both inside and outside of GE. She also leads strategy planning efforts across the company and oversees the global brand and marketing function. To date, Sue and her team have led the creation and launch of seven new companies including Drawbridge Health, Avitas Systems, Vineti and Evidation Health, funded and accelerated growth for 100+ companies and led the creation of a novel licensing model for GE’s library of patents – connecting technology and ideas to create new avenues to growth.

Georg Polzer, Co-Founder & Chairman, Teralytics
Co-Founder, Head of Product and Chairman of Teralytics, a global leader in behavioral data analytics. Teralytics is on a mission to unlock the full potential of the world’s data to make human life more fulfilling. Teralytics is a big data analytics company that uses breakthrough technology and science to unlock unprecedented insights about human behavior from mobile network and other sources.

Jeff Zucker, President, CNN Worldwide
Jeff Zucker has been the president of CNN since 2013. He oversees all of CNN’s businesses, including the CNN US television network, CNN International, HLN, all of CNN’s digital properties, and Great Big Story.

Zucker has had one of the most storied careers in media. He took over the Today show at the age of 26 and re-invented the historic morning news program, went on to a 25-year career at NBC Universal that saw him become the company’s CEO, greenlit such shows as The Apprentice with Donald Trump, The Voice and Friday Night Lights as NBC’s Entertainment President, co-founded the online streaming service Hulu, and is currently leading a dramatic turnaround at CNN.

Brigitte Baumann, Founder & Chairwoman, Go Beyond
Brigitte Baumann is the Founder and Chairwoman of Go Beyond Early Stage Investing. In May 2015 EBAN (the European trade association for Business Angels and Seed Funds) named her European Investor of the Year. She is President Emeritus of EBAN and Chairs the Young Presidents Organization’s global Angel Investing group.

Go Beyond Investing is a FinTech company transforming angel investing into a new scalable asset class for small and large, novice to experienced investors. It offers a unique deal platform, portfolio tools, syndication/pooling, due diligence, investment monitoring services, training and certified deal leaders. Its clients are individuals, family offices, professional groups and corporations. It is active in the EU, Switzerland and the US.

The GSMA has created market development programmes to enable a wide range of devices across the education, healthcare, automotive and utilities sectors to benefit from wireless connectivity. 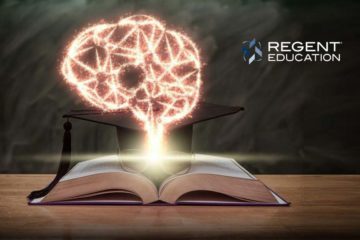 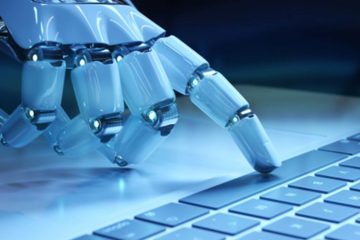 Discover, Purchase, Test, Deploy and Manage LawToolBox from INSIDE Your Own Microsoft 365 Admin Center