Sprint Introduces "Evelyn," the Super-Intelligent Robot in Super Bowl LII Commercial to Show How Switching to Sprint is the Smart Choice

Sprint Introduces The World To “Evelyn,” A Highly Intelligent Robot And Star Of Its Super Bowl Commercial

The 60-second commercial, which will run in the first quarter, is titled “Evelyn” and captures her making smart, rational decisions and questioning her human creator’s choice of wireless carrier. He just happens to be on Verizon.

Evelyn is learning more and more every day at a very rapid rate. After analyzing all the data, Evelyn shares her latest revelation with viewers explaining why switching to Sprint is the obvious choice. During the commercial, Evelyn chastises her creator – a Verizon customer – about why he pays twice as much for four lines of unlimited when there is less than a 1% difference in network reliability. Evelyn’s other robotic colleagues quickly chime in, too, and tease the creator for his not-so-intelligent choice in a wireless provider, which makes him the laughingstock of the office.

So, if artificial intelligence sees the value in switching to Sprint as a smart choice, then all humans in the U.S. should, too. Evelyn’s creator quickly comes to his senses and heads to a Sprint store and runs into customer Paul. Paul asks why he’s is switching to Sprint, the creator replies, “My co-workers are making fun of me.” Looks like he is becoming super-intelligent too.

In addition to the ad, teaser spots – showing Evelyn’s progression by learning simple tasks – began running online on Jan 31. All creative can be viewed on Sprint’s YouTube channel. In addition, help make Sprint one of this year’s favorite Super Bowl commercials by visiting the USA Today Ad Meter to vote.

“Robots like Evelyn tell it like it is, and when it comes to wireless service, it’s just simple math,” said Roger Solé, Sprint chief marketing officer. “It is 2018 and all networks are great so why pay twice as much. Sprint offers the best price for unlimited. Period.”

“We’re pretty sure robots won’t suffer from the same apathy and confusion people face when it comes to understanding wireless companies,” said David Droga, creative chairman and founder, Droga5. “And, as spokespeople, robots get to set on time, too.” 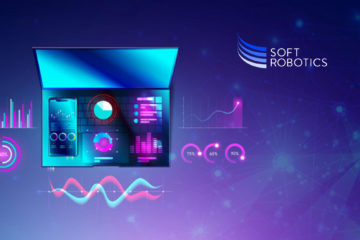 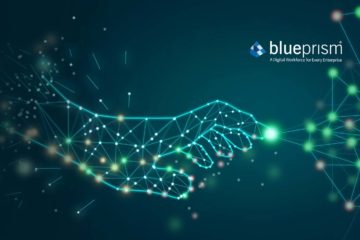