WorkFusion, a top provider of Intelligent Automation software, announced it received the highest score among 18 vendors for the “Augment Knowledge Workers” use case in Gartner’s “Critical Capabilities for Robotic Process Automation” (RPA) report. WorkFusion received a score of 4.1 out of 5 in this use case, which was identified by Gartner as one of the three most common use cases for RPA.

The report serves as a companion to Gartner’s “2019 Magic Quadrant for Robotic Process Automation Software” in which WorkFusion was named a Visionary and examines 10 critical areas of product capabilities along with three use cases. According to the report, “As a market, RPA is still relatively small, with a total revenue of slightly less than $850 million in 2018. However, RPA is the fastest-growing software subsegment officially tracked by Gartner, with year-over-year growth of more than 63% in 2018.” In another section, the report also stated, “Through 2021, 40% of enterprises will have robotic process automation (RPA) ‘buyer’s remorse,’ due to misaligned, siloed usage and inability to scale.”

Of “Augment Knowledge Workers,” the report said: “This is primarily focused on the ‘attended’ scenario where RPA is used to enhance the ability of knowledge workers to get work done, typically saving them time by assembling needed information to better serve customers.”

“We believe WorkFusion’s highest score in the ‘Augment Knowledge Workers’ use case indicates that our advanced functional capabilities extend beyond the limitations of traditional rule-based RPA, providing enterprises with a solution that can handle complexity and scale,” said Alex Lyashok, CEO, WorkFusion. “By applying AI and machine learning to the business processes itself, we eliminate functional siloes and give our customers the ability to seamlessly scale across business units and remain aligned with their unique business goals.”

According to WorkFusion’s proprietary research, more than 50 percent of process data shifts each week, indicating that AI-driven Intelligent Automation will become increasingly crucial in dealing with the rise in data volume and variability, and supporting business transformation and growth. To make transformation efforts even simpler, WorkFusion’s Intelligent Automation Cloud includes a wide array of pre-built bots that automate complex functions, beginning with anti–money laundering efforts in banking. This combination of business-friendly AI, fully integrated capabilities and pre-built bots positions WorkFusion and its customers at the leading edge of automation.

94% of Consumers Rely Heavily on Third-Party Digital Profile Content to Choose Retailers, According to New Study 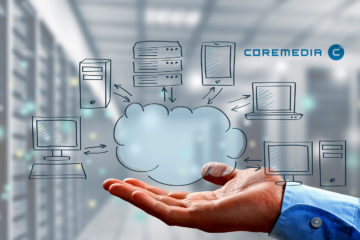