Babbitt Chainwheels Moves Away from Green Screens with Infor

Babbitt Chainwheels Moves Away from Green Screens with Infor

Babbitt Chainwheels selected Infor CloudSuite Distribution because of its user-friendly interface, lower total cost of ownership, and ease of maintenance compared to legacy on-premise systems. Infor was also committed to understanding the company’s business pain points, and consultants were onsite with Babbitt and its employees before, during and after the implementation.

Infor CloudSuite Distribution is a ready-to-run solution, built specifically to meet the needs of distributors, providing deep, proven capabilities in key areas such as inventory management, order processing, pricing and rebates, supply chain and procurement, value-add, financials, and more. Deployed in the cloud via AWS, there are lower costs, built-in support, efficient expansion capabilities, and security that follows industry-leading best practice protocols. Babbitt, as a manufacturer that sells through manufacturing representatives, uses Infor CloudSuite Distribution to meet their unique needs for deep, rich distribution capabilities to manage products and deliver to customers.

“Babbitt has been in business for over 100 years, so it was important that the upgrade process be as minimally invasive as possible. The intuitive user interface of Infor CloudSuite Distribution translated to fewer hours spent training our employees, and made for a smoother transition when we went live,” said Ike Babbitt, vice president of operations, Babbitt Chainwheels. “Infor has made our transition easier by having open lines of communications and continuous support. We are now able to focus on running our business and not maintaining an IT shop.”

One of the biggest changes Babbitt has seen since implementation is that they no longer need to dedicate as much time or energy to maintaining on-premise hardware, updating software, or worrying about data security. The differences between on-premise and cloud operations brings transparency to the entire business process, which Babbitt has taken full advantage of.

“When Babbitt successfully implemented Infor CloudSuite Distribution, it was a milestone for them and for the team at Infor. We are excited to have been able to support their transformational journey with our modern, industry-specific applications,” said Kelly Squizzero, senior director, Industry & Solution Strategy, Infor Distribution. “Whether a company is small or large makes no difference when it comes to technology and optimizing operations. Infor CloudSuite Distribution was designed specifically to meet the needs of our customers while being flexible and scalable enough to grow and change with the businesses – which is exactly what we hope to continue to do with Babbitt.”

Infor builds business software for specific industries in the cloud. With 16,500 employees and over 90,000 customers in more than 170 countries, Infor software is designed for progress. 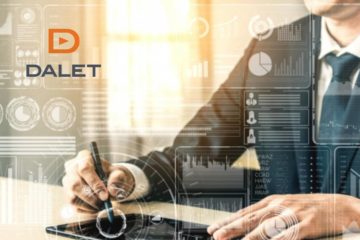