Behavox, a pioneering artificial intelligence data analytics firm, announced that it will begin offering a full Software as a Service (“SaaS”) deployment model to its customers, in addition to on-premise implementations. Behavox SaaS is a single tenant environment, not shared with any other Behavox clients and deployed on Amazon Web Services (“AWS”) or Google Cloud Platform (“GCP”) infrastructure based on customer preference.

“Over the past five years, the adoption of SaaS technology by financial services firms has skyrocketed”

Behavox has been working on Behavox SaaS for over two years in partnership with several production customers. Client feedback has been instrumental to our fortress-like security controls, guaranteeing that the confidentiality and the integrity of our customers’ data remains intact.

Behavox SaaS is a fully-managed service provided by Behavox, allowing our customers to focus on extracting value from Behavox applications, while we work tirelessly behind-the-scenes providing 24/7 support and 99.9% uptime.

Some of the most notable benefits of Behavox SaaS include:

Behavox SaaS is deployed on dedicated infrastructure that is unique and isolated to each customer. Moreover, to comply with data governance regulations, customers will be able to choose a specific country in which they prefer to deploy Behavox SaaS. Currently, Behavox SaaS offers a choice between AWS or GCP for hosted infrastructure, but the company is working on making Azure and IBM cloud available for deployment by the end of the year.

“Over the past five years, the adoption of SaaS technology by financial services firms has skyrocketed,” said Kiryl Trembovolski, Chief Operating Officer and Head of Cloud Strategy. “This rapid development has removed any remaining doubts about the ability of SaaS providers to fulfil the promise of lower costs and faster implementation, while at the same time demonstrating full adherence to the security and privacy standards of the largest financial institutions.”

Trembovolski was just named to Forbes 30 Under 30 for his achievements in Technology as the COO of Behavox.

Behavox counts amongst its customers, the world’s most sophisticated buy-side and sell-side institutions and is backed by Citigroup and Index Ventures, with initial funding coming from Hoxton Ventures.

Behavox is the people analytics company that gathers and interprets employee data in a corporate environment to understand the behavior of an organization. By aggregating and analyzing internal and external interactions and using cutting-edge software and machine learning Behavox can generate previously unidentifiable insights on: compliance and risk; culture and conduct; people performance; and sales and profits. Behavox works with forward thinking, multi-national businesses, financial institutions and investment firms. Behavox is headquartered in New York City, with offices in London, Singapore, Montreal and San Francisco. 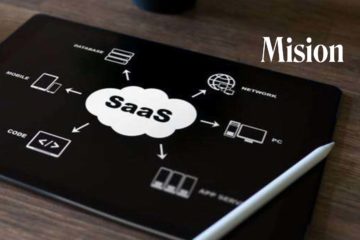