With cloud computing firmly entrenched in current IT operations, organizations are turning their focus to optimized architectures and using the cloud as an enabler for new and emerging technologies, according to a new report from CompTIA, the world’s leading technology association.

CompTIA’s survey of more than 500 U.S. businesses finds that 91 percent of firms are using cloud computing in some form. Three-quarters of businesses have between one and five years of experience with cloud solutions. Six in 10 companies have more than 40 percent of their IT architecture in the cloud.

“At the same time that the percentage of cloud-based IT architecture is approaching critical mass, we’re seeing rising interest in cutting-edge trends that are largely driven by cloud computing,” said Seth Robinson, CompTIA’s senior director for technology analysis.

For example, 81 percent of companies say that the cloud has enhanced their efforts around automation.

“First and foremost, cloud computing allows users to widen the scope of technology possibilities, whether it’s accelerating existing plans or experimenting with new uses,” Robinson explained. “By engaging with cloud providers, they gain access to powerful new tools without having to make a full investment or build in-house skills.”

In earlier CompTIA research, organizations’ loose definitions or misunderstandings of what constituted cloud computing made it appear that adoption had slowed or stalled. The new report signals that many firms have come to a better understanding about what constitutes a real cloud offering and that cloud adoption momentum has picked up.

The clear majority of companies – 83 percent – have performed some type of secondary cloud migration.  Most of these migrations involved a move of either infrastructure or applications to a second cloud provider; done to take advantage of better offerings and features (44 percent of migrating firms), better security (41 percent), lower costs (37 percent), or more open standards (35 percent).

Half the companies surveyed for the CompTIA report say they rely on a mix of cloud vendors and third parties for their cloud services. About 40 percent of firms primarily work directly with cloud vendors.

The Evolving IT Function

The role of internal IT staff was a major question mark during the early years of cloud adoption, with fears that those jobs would shrink in importance or even disappear.

“In most instances, the internal IT function has transformed to handle more strategic work as routine tasks are offloaded to cloud providers,” Robinson said. “But specific details of the internal IT role in a cloud-centric environment are still being determined.”

The most common changes that have occurred within internal IT operations are the creation of new policies (51 percent of companies surveyed) or the updating of existing procedures (50 percent) to account for the cloud. Security tops the list of policies that have been created or modified, with 71 percent of companies saying they have focused on new security practices as their cloud use has increased. 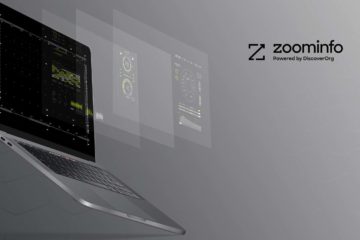