One Identity, a proven leader in identity-centered security, released product enhancements that will enable far easier provisioning and deprovisioning of AD accounts extended to cloud and SaaS applications, which are critical among enterprises going through the digital transformation process. With One Identity Active Roles 7.4 and Starling Connect, IT and security administrators can automate account administration tasks such as provisioning and deprovisioning, from one central tool, to more than 35 SaaS applications such as Salesforce, Google, ServiceNow and Workday.

The increasing popularity of cloud applications creates security challenges for enterprises. Administrators must shuffle among different tools and manual processes to provision users. At larger companies, this can involve siloed teams overseeing specific applications and using disparate practices and tools. This process is typically error prone, as well as time and resource intensive. According to a survey conducted by Dimensional Research commissioned by One Identity, a mere eight percent of companies report they are able to automatically provision and deprovision users across their all of their applications and systems. Additionally, provisioning was reported to be on average the least mature aspect of an organization’s identity governance and administration posture.

One Identity Active Roles 7.4 centralizes account and group administration for AD, AAD and cloud applications, which are integrated through One Identity Starling Connect, a SaaS-based solution that extends on-premise account administration functionality to the cloud. Starling Connect leverages the System for Cross-domain Identity Management (SCIM v.2.0) open standard as the connection between Active Roles (SCIM client), AD and AAD, and cloud applications. With this ability, Active Roles 7.4 helps customers embark on the path to comprehensive IGA by addressing the account and object management needs of the critical AD/AAD environment and a growing number of critical SaaS applications.

“Most companies recognize they need an effective, comprehensive way to manage how they grant and administer access, yet the majority of organizations are overwhelmed by labor-intensive and expensive approaches traditionally demanded by native tools and traditional AD account lifecycle management solutions,” said Darrell Long, vice president of Product Management at One Identity. “Active Roles is one example of the innovations that One Identity is delivering to help organizations pave the way for cloud and SaaS application adoption and take a step toward broader IAM success. It provides the functionality and scope needed to enable cloud adoption through automated provisioning while mitigating security risk and cumbersome processes.” 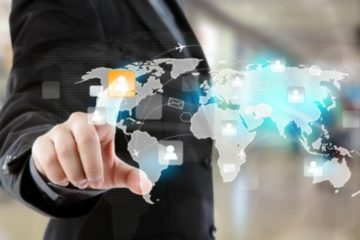