This year’s edition of the survey reveals continued strong growth for Software-as-as-Service (SaaS) applications last year, with a 53 percent median year-on-year growth in Annual Recurring Revenue (ARR). While most of these companies do not yet generate free cash flow, the results show that they are becoming increasingly sophisticated at managing their operations to achieve strong unit level economics and reliable services.

Amazon Web Services (AWS) continues its dominance as the primary back-end computing choice for privately held SaaS companies, with 64 percent of the survey group choosing AWS. This percentage has steadily grown each year and has nearly doubled since 2014 (35 percent). Meanwhile, SaaS companies have decreased their reliance on self-managed servers, from 52 percent four years ago to 13 percent in 2018. While other public cloud providers such as Microsoft Azure and Google Cloud have also increased in popularity, AWS has continued to consolidate its substantial lead, with 74 percent market share based on data from the survey.

“SaaS and cloud computing remain among the most vibrant sectors of the economy, as virtually every industry is being transformed by innovations enabled by software,” said David Spitz, managing director of KBCM’s Technology Group and primary author of the survey. “Nonetheless, there are sharp differences in the financial and operating performance among the thousands of SaaS companies vying for customers and investor dollars. Our analysis provides the tools and data needed to assess where they stand, and what they can do to improve their operations, economics and capital efficiency.”

Responses for the survey, the longest running and most extensive of its kind, were solicited from senior executives at nearly 400 private SaaS companies. Other key highlights from the 2018 survey include:

David Skok, investor at Matrix Partners, author of the SaaS-focused blog forentrepreneurs.com and active supporter of the survey for the past seven years, added: “It’s impressive to see how SaaS businesses have grown up and are now becoming some of the most important companies driving our economy. Anyone running a SaaS business knows that there are a handful of metrics that drive dramatic changes in the performance of the business. It’s extremely helpful to have benchmarks for these to know where you stand. I continue to hear from entrepreneurs how highly they value the data they get from this survey, and how it helps them to make informed decisions in their own businesses.”

Avaya Appoints Jacqueline Yeaney to Its Board of Directors 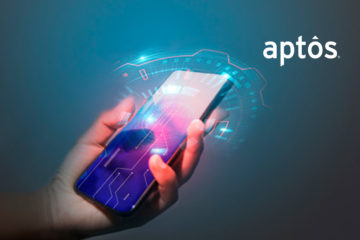