Bolton Remote, the remote staffing platform behind many of America’s fastest growing technology startups, announced their foray into cybersecurity with the founding of a new company, Bolton Labs, and the subsequent launch of two Security Operations Centers (SOC) in the USA and the Philippines.

The newly formed Bolton Labs is on a mission to simplify and improve how managed service providers (MSPs) scale their security offerings to better serve their customers. Bolton Labs’ delivery model represents a new generation of security operations that are flexible, on-demand, and deliver significant cost savings to MSPs during their journey to becoming a Managed Security Service Provider (MSSP). In addition, Bolton Labs’ unique foundation in staffing, training and developing highly skilled security analysts enables it to offer turnkey access to an established SOC as well as the ability to build out dedicated teams that supplement existing SOCs that are often starved for talent. Bolton Labs will run 24×7 SOCs from its centers located in the US and the Philippines, and will absorb the existing business lines of Bolton Remote which are now offered alongside the new cybersecurity offerings.

In order to drive aggressive growth, cybersecurity veteran and Bolton Remote board member, Richard Dobrow will step in to the role of CEO for Bolton Labs. Dobrow has been a leader in the cybersecurity industry for over 20 years and has established a strong track record building and scaling organizations from their initial founding to large exits exceeding $200 Million. Dobrow, the former CEO of Perimeter Internetworking, one of the largest MSSPs in the US banking market, was most recently the President of the Asia Pacific Region for BAE Systems Applied Intelligence. Bolton Remote founder, Patrick Linton will assume the role of President and COO for both Bolton Remote and Bolton Labs.

Linton said in a statement, “I am honored and excited that Richard is joining us to spearhead our rapid growth into the cybersecurity space. His industry leadership as well as his experience in scaling technology companies is unparalleled. The growing, global cybersecurity talent gap is reaching crisis point and Bolton Labs is positioned to help alleviate the shortfall and help service providers avoid the disastrous and costly consequences of being unprepared to handle a major security breach.”

Bolton Labs will be opening its US Headquarters in Boca Raton, Florida in the coming weeks. 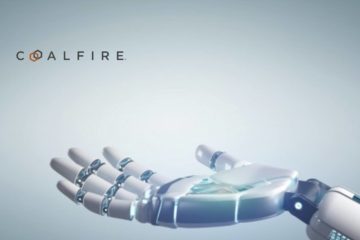 RIA in a Box Expands Offering with a New Cybersecurity Platform