iKeyVault, a technology startup in the Cybersecurity User Authentication Space, a $10 Billion plus industry, came out of stealth mode and announced the launch of its first product in BETA. iKeyVault presents its cutting-edge invention, a patented user-defined, dynamic and unpredictable authentication gateway that protects online businesses and their customers against identity theft and unauthorized access to their accounts. With iKeyVault, customers get to BYOA or “bring your own authentication” based on their user-defined passcode.

Users can access their Vault from anywhere and at any time through a browser extension and share access to any of their accounts with friends and family members.

In our ever-changing world, we have witnessed a barrage of security breaches in recent times at several companies storing your private data along with daily attacks from Chinese and Russian hackers. Events like these have dire impacts on the financial, insurance, and government sectors, which are frantically looking for the perfect solution to protect their customers.

Currently, websites define static parameters for usernames and passwords (eight characters, one capitalized, one special, etc.). On such sites, most identity thefts happen at the server level, where thousands of usernames and passwords are stolen in a single instance. With no effective solution in sight, companies are requiring more and more complicated passwords and second factors such as OTPs (one-time-passwords) with obscure verification questions.

In response, iKeyVault provides a different, first-of-its-kind solution to this hacking threat with its patented authentication system. “Users get to define the parameters of their own passcode, which is not only unique and unpredictable but also constantly changes,” said iKeyVault co-founder Mohan. Additionally, the method used to create your dynamic passcode “never goes over the wire, so your vault is virtually un-hackable! NO token, NO mobile device and NO fingerprints to deal with,” said President and Head of Sales, Roger Pavane. 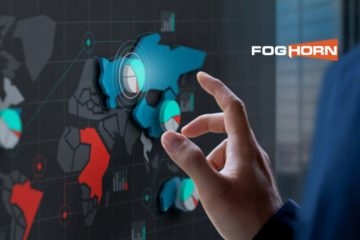 StackRox Added to the Department of Homeland Security CDM Program