The certification enables NEXT to accelerate sales activity into India’s government ID market, with initial revenue expected to be recognized in the fourth quarter.

“The certification of NEXT’s fingerprint sensor technology by the Government of India is a confirmation of the reliability, security and convenience of our sensors,” said Ritu Favre, CEO of NEXT Biometrics. “We are very pleased to have reached this milestone after a long and rigorous testing process. Delivering products for the Aadhaar program is an important part of NEXT’s business strategy and we look forward to a long and successful relationship helping the government provide services for the people of India.”

The total market opportunity in India for fingerprint sensors in the government ID segment is initially projected to be about 3-4 million units annually, growing to 5-10 million units on an annual basis by 2022. NEXT will now finalize software development and certification for various user platforms. NEXT expects to start generating revenue in the fourth quarter, and ramp additional products in 2019.

NEXT’s product roadmap calls first for sales of “Scallop” (3023-U) fingerprint readers later this year, followed by sensor modules (2023-U) used in devices such as point of sale (POS) terminals for the Aadhaar market in the first half of 2019. An encrypted, even more highly secure fingerprint reader is planned for introduction in the second half of 2019, followed by the encrypted version of a sensor module in the first half of 2020. The encrypted products will comply with “Level 1” specifications from the Unique Identification Authority of India (UIDAI) and are being designed to support broader use of Aadhaar for payments.

UIDAI is charged with randomly assigning a unique 12-digit identification number (called “Aadhaar”) for all residents of India. The ID number is verified using biometric authentication – the most secure form of identification. According to the UIDAI, “Aadhaar is a strategic policy tool for social and financial inclusion, public sector delivery reforms, managing fiscal budgets, increased convenience and promoting hassle-free people-centric governance.”

The certification received by NEXT Biometrics comes from the Ministry of Electronics and Information Technology, Directorate of Standardisation Testing and Quality Certification (STQC). A vendor seeking to provide products to the Aadhaar program must submit them for rigorous testing by STQC before they will be considered for procurement by the government. The testing for Aadhaar participation requires certification for the hardware device and a separate certification for each version of software that runs on the hardware platform.

Additional information about NEXT’s plans to provide it’s unique large-area fingerprint sensors for use in the government ID market segment were outlined at the company’s Capital Markets Day on March 1 and may be found in the Investor Relations section of the NEXT Biometrics website.

NEXT Biometrics will host a conference call for investors beginning at 15:00 today to further discuss today’s news. Additional information regarding the specifics for the call will be available later today on the company’s website. 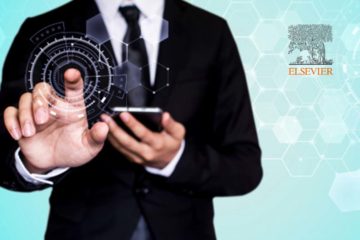 Elsevier Launches ‘AI and Big Data in Cancer,’ a New Conference on the Translation of Technology, Data and Analytic Innovations into Clinical Practices and Patient Benefits 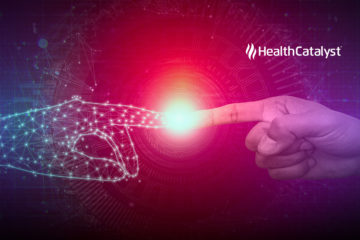