The Public Sector Advisory Council Serves As A Sounding Board For Palo Alto Networks Roadmap And Vision For Technology Targeting The International Public Sector, As Well As Strategy And Policy Relevant To Global Cybersecurity

Palo Alto Networks, the global security leader, today announced the addition of three distinguished cybersecurity leaders as advisers to provide guidance on the security challenges and technology needs of both the US government and international organizations.

Retired National Security Agency Deputy Director Richard H. Ledgett and Christopher Painter, the US Department of State’s former top cybersecurity official, have joined the Palo Alto Networks Public Sector Advisory Council to advise the company on the security and technical challenges facing the world’s governments and advance the company’s cybersecurity strategy. Formed in 2014, the Public Sector Advisory Council serves as a sounding board for Palo Alto Networks roadmap and vision for technology targeting the international public sector, as well as strategy and policy relevant to global cybersecurity.

Palo Alto Networks has also added retired US Navy Rear Adm. Michael A. Brown as a strategic adviser. Brown has served as a private sector cybersecurity executive for the past five years after previously holding senior government positions in the departments of Homeland Security and Defense, as well as within the intelligence community. In this new advisory role, Brown will help the company engage senior leaders internationally and across all levels of the U.S. government in addition to providing his expertise on security best practices.

“We are extremely honored that these three distinguished cybersecurity leaders, each of whom has played a significant role in shaping U.S. national and international cybersecurity strategy, policy, and operations, have joined the Palo Alto Networks team. Rick, Chris, and Mike are among the most respected and accomplished cybersecurity leaders globally, and each brings a unique perspective on the challenges facing public and private sector organizations at a time when cyberthreats are growing in frequency and complexity,” said Ryan Gillis, vice president of cybersecurity strategy and global policy at Palo Alto Networks. “We know the combination of their deep cybersecurity expertise and years of public service will be a tremendous asset to the company as we continue our mission of preventing successful cyberattacks.”

Ledgett brings more than four decades of intelligence, cybersecurity and operations experience to the organization, including 29 years with the NSA. He served as the NSA’s deputy director for approximately three years until his retirement in April 2017. Ledgett is a veteran of the U.S. Army and a recipient of the distinguished National Security Medal, awarded by the president. Ledgett currently serves on the board of directors for M&T Bank.

Painter formerly served as the nation’s top cybersecurity diplomat in the U.S. Department of State, where he established the Office of the Coordinator for Cyber Issues. Prior to joining the State Department, Painter served as the senior director for cybersecurity for the White House National Security Council, the principal deputy chief for the computer crime and intellectual property section at the U.S. Department of Justice, and the deputy assistant director of the Federal Bureau of Investigation’s cyber division. Painter is currently a commissioner on the Global Commission for the Stability of Cyberspace, a member of the board of directors for the Center for Internet Security, and has been named the Bartels World Affairs Fellow for 2017-2018 by Cornell University.

Brown brings decades of senior leadership and management experience at the highest levels of government and in the private sector to Palo Alto Networks. He spent five years as the president of RSA Federal LLC, and as vice president and general manager for the global public sector at RSA, the security division of EMC. Before joining the private sector, Brown led the standup of the Department of Homeland Security’s cybersecurity capabilities and served as the department’s senior cybersecurity representative to the U.S. Cyber Command. Over the preceding 30 years, RADM Brown rose through the operational and intelligence ranks of the Navy to serve in a string of senior Defense Department and intelligence community management positions. Brown is currently the founder of Spinnaker Security LLC and a board member on the Advanced Cyber Security Center (ACSC) in Massachusetts. 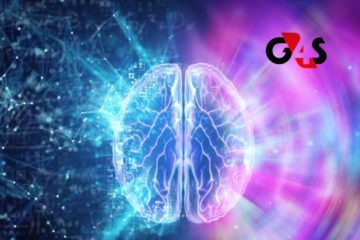 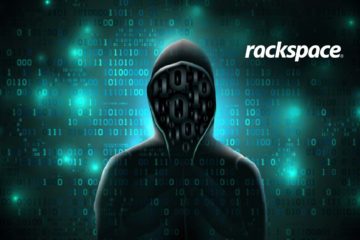