In the vast and wide open Artificial Intelligence (AI) industries, a great example of many showing growth in this sector is speech recognition technologies which are increasingly being recognized as cost-effective and convenient mechanisms to control several types of connected smart homes devices, cars, and other smart technologies. Continually growing consumer interest towards adoption of voice-enabled devices is driving the interest of several established players and start-ups towards developing consumer-centric solutions for this market. Increasing demand for voice-enabled security systems, specifically in the banking, financial services, and insurance (BFSI) sector is driving the growth in the voice recognition technologies market. A recent report from Meticulous Research® found that: “The global speech and voice recognition market is expected to grow at a CAGR of 17.2% from 2019 to reach $26.79 billion by 2025, where Asia Pacific speech and voice recognition market is expected to grow at the highest CAGR.” Active companies in the markets this week include Hawkeye Systems, Inc. (OTCQB: HWKE), NVIDIA Corporation (NASDAQ: NVDA), Intel Corporation (NASDAQ: INTC), salesforce.com, inc., Apple Inc. (NASDAQ: APPL).

The report continued: “The growth of the overall speech and voice recognition market is primarily driven by factors, such as rising acceptance of advanced technology together with increasing consumer demand for smart devices, a growing sense of personal data safety and security, and increasing usage of voice-enabled payments and shopping by retailers. Furthermore, consistent proliferation of advanced technologies, such as artificial intelligence, and machine learning, speedy expansion of smart devices market, and increasing willingness to employ voice assistants at websites or physical shops are also contributing to the growth of speech and voice recognition technologies market.”

Read More: Brave Launches Next-Generation Browser that Puts Users in Charge of Their Internet Experience with Unmatched Privacy and Rewards

The Artificial Intelligence Awards were launched to acknowledge exemplary performance and innovation to those companies and key individuals involved within this rapidly evolving market. From streamlining operations to informing better decision making, technology clearly has the potential to revolutionize the future. With technology developments, AI can be applied to nearly every sector.

“We are truly honored to be recognized as leading innovator in 360 image analysis solutions for our technical achievements driving the industry forward,” said Michael Mansouri, co-founder of Radiant Images. “Our AXA Volumetric Light Field stages are an important part of all forms of holographic capture for the current and upcoming smart displays and spatial computers. What was previously available for only a glimpse in science fiction movies and futuristic predictions are now a reality with Radiants’ AXA Volumetric Light Field stages.”

With the AXA Stage, Radiant created the world’s most accurate and adaptive volumetric and light field stage. The system supports 100+ cameras with the ability to add additional camera density anywhere inside the sphere. AXA’s highly accurate camera positioning is the key to automation and algorithms for all volumetric and light field capture, placing the system squarely on the cutting edge of this technology.

Other recent developments in the tech industry markets this week include:

“Our gaming business and demand from hyperscale customers powered Q3’s results,” said Jensen Huang, founder and CEO of NVIDIA. “The realism of computer graphics is taking a giant leap forward with NVIDIA RTX. “This quarter, we have laid the foundation for where AI will ultimately make the greatest impact. We extended our reach beyond the cloud, to the edge, where GPU-accelerated 5G, AI and IoT will revolutionize the world’s largest industries. We see strong data center growth ahead, driven by the rise of conversational AI and inference.”

Intel Corporation recently unveiled its vision for extending its leadership in the convergence of high-performance computing (HPC) and artificial intelligence (AI) with new additions to its data-centric silicon portfolio and an ambitious new software initiative that represents a paradigm shift from today’s single-architecture, single-vendor programming models.

Addressing the increasing use of heterogeneous architectures in high-performance computing, Intel expanded on its existing technology portfolio to move, store and process data more effectively by announcing a new category of discrete general-purpose GPUs optimized for AI and HPC convergence. Intel also launched the oneAPI industry initiative to deliver a unified and simplified programming model for application development across heterogenous processing architectures, including CPUs, GPUs, FPGAs and other accelerators. The launch of oneAPI represents millions of Intel engineering hours in software development and marks a game-changing evolution from today’s limiting, proprietary programming approaches to an open standards-based model for cross-architecture developer engagement and innovation.

“Working together, Apple and Salesforce have helped hundreds of businesses and millions of developers transform the way they work,” said Susan Prescott, Apple’s Vice President of Product Marketing for Apps, Markets and Services. “With brand new Salesforce Mobile apps exclusive to iOS and iPadOS, and an enhanced SDK that supports the latest advancements in Swift, Apple together with Salesforce offers customers strong privacy, powerful multitasking and the best user experience in business on iPhone and iPad.”

“With Salesforce Mobile, Salesforce and Apple are empowering sales, service and marketing professionals on the go to deliver game-changing customer experiences, powered by AI,” said Bret Taylor, President and Chief Product Officer, Salesforce. “And with Trailhead GO, millions more can now skill up for free, anytime and anywhere, to learn in-demand skills and fill the jobs of today and tomorrow.”

Read More: NICE Integrations With Microsoft Teams to Be Showcased at Microsoft Ignite 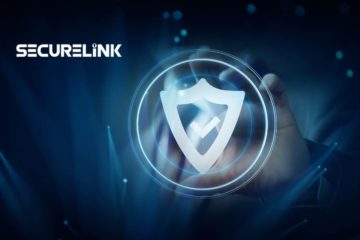 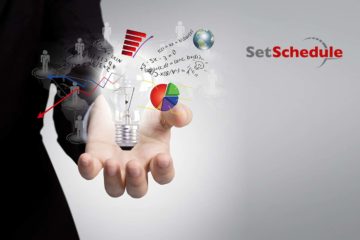