Digital Air Strike, the leading social media, intelligent lead response technology and consumer engagement company, announced it has acquired the assets of the ad tech lead generation company, Target Media Partners Interactive (TMPi) and Libra Systems, a software company that simplifies leasing and financing operations for automotive retailers. The acquisitions represent the largest expansion in Digital Air Strike’s history as well as a large leap forward to round out its consumer engagement and digital retailing platform.

Libra Systems’ patent-pending “Risk-to-Roll Software” will be integrated into Digital Air Strike’s intelligent messaging platform, Response Path, and its patented lead response solution, Response Logix, which generates multi-vehicle price quotes and builds microsites in real-time to respond to leads from in-market car buyers. The addition of Libra’s software will allow consumers to calculate payments and interest online while allowing dealers to eliminate the guesswork that can often result in lost deals, funding delays, and claims of discriminatory lending.

Libra Systems’ industry-leading software was built by dealers for dealers after they identified a need in the market to have better tools to maximize profit and comply with fair credit laws. It is used by major automotive groups including Tucson’s Royal Automotive Group and Dorschel Automotive Group in New York. The technology is also endorsed by experts in the industry including well-known auto credit and subprime trainer, Gary Dirstine.

“What makes this deal so attractive is the opportunity to take a major leap closer to true digital retailing,” said Michael Maledon, managing partner of Libra Systems. “The combined solution will be ground-breaking, bridging the gap between traditional dealership sales processes and the increasing desire by consumers to transact with dealers online in an efficient and transparent manner.”

Digital Air Strike has made three acquisitions in the past ten months including acquiring the privately-held AI chat technology business of Eldercare Technology, Path Chat, last spring. Digital Air Strike enhanced its artificial intelligence-powered messaging solution and launched Response Path, which has already won numerous awards including a People’s Choice Award for Favorite New Product. Over 1,000 clients use the ground-breaking solution on multiple platforms including websites, SMS, and Facebook Messenger. 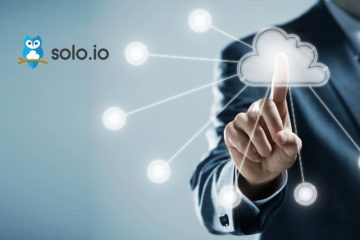