Qumulo, the leader in hybrid cloud file storage, announced that it has expanded its strategic partnership with Hewlett-Packard Enterprise (HPE) to encompass both on-prem and hybrid cloud-based storage solutions.

Qumulo is a Strategic Technology Partner with HPE, allowing enterprise customers to purchase complete, validated HPE and Qumulo solutions directly from HPE and its resellers. Qumulo’s software is the same on-prem or in the cloud, making the transition for organizations seamless and easy, eliminating the need to reconfigure applications or retrain users.

Today’s announcement is a result of rising interest from enterprises across a variety of industries from media and entertainment, life sciences, oil and gas, and others – to take advantage of the public cloud for business continuity, global collaboration and multi-cloud objectives.

Gartner forecasts that by 2021, over 75 percent of midsize and large organizations will have adopted a multicloud or hybrid IT strategy.

“No matter where an organization is in its journey to the cloud, HPE and Qumulo can help users to manage their file-based applications and workloads seamlessly across both data center and cloud environments,” said Molly Presley, Director of Product Marketing, Qumulo. “With today’s extended partnership, Qumulo’s cloud-native file system offers HPE customers the ability to move their data to the public cloud without the need for modifications or costly re-writes,” added Gregg Machon, Vice President of Worldwide Channels & OEMs.

“Data powers innovation, and our goal is to help our global customers to harness the power and potential of their data wherever it resides,” said Patrick Osborne, Vice President and General Manager, Big Data and Secondary Storage, at Hewlett Packard Enterprise. “Qumulo provides our global customers with a single file system whether their data is on-prem or in the cloud, enabling them to more efficiently store, manage and analyze their data in order to accelerate business strategies and gain competitive advantage.”

“Qumulo’s hybrid cloud file storage allows us to offer customers with unprecedented visibility into their storage at a granular level, and the ability to programmatically configure and manage their usage, capacity and performance,” said Russ Chow, Vice President, Technology Solutions, PKA Technologies. “Further, it allows us to better serve our enterprise users by offering not just on-prem storage solutions from Qumulo, but also their offerings for public cloud platforms such as AWS and GCP.” 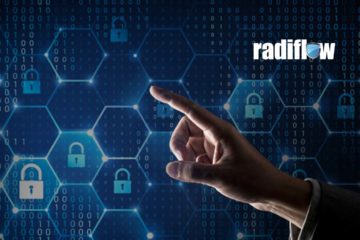