Inzata Stays Ahead of the Game with Its Announcement of Hyperlytic (TM) Engine 2.0, a Stunningly High-Performance Engine Powering the Inzata Cloud Data Warehouse

Inzata, one of the fastest and most advanced cloud data warehouses in the world, has been massively upgraded in version 2.0 of its Hyperlytic engine, including enhancements to all of our core products. Previously architected with a single worker module running queries through multiple CPU cores, Inzata has been able to benchmark well above its closest competitors.

Although that approach offered extreme performance with significant parallelism, Inzata’s engineers wanted to take its performance even further.

By introducing parallelization at the worker level, Inzata has seen as much as 350% additional performance from the Hyperlytic engine and over 200% performance improvement on real-world data workloads.

Inzata’s unique query caching was a key feature in its performance to-date.  Only a couple of tools are able to cache and recall-from-cache individual portions of queries. Nearly every other product caches the entire query. Inzata is now able to do this across multiple workers concurrently.

When tested on a 200GB dataset with an increase of just 4 workers, it improved performance by a factor of almost 4X! This change also improves performance in multi-user environments users with workers being able to cache and recall in a cooperative manner. The amazing thing about this approach is that as more users are activated and thus running their reports (which are resulting in storing their working caches), the system actually performs faster as the caches are being built more rapidly. This also further allows for analysis of even larger datasets within Inzata.

Testing results suggest that a corporate user of Inzata could have the query performance power matching that of an on-premises data warehouse environment built with more than $1 mil+ in hardware running top parallel DW engines like Teradata or Vertica. Achieving the same level of performance to support concurrent user basis, Inzata requires significantly less HW at a fraction of the costs as opposed to standard DW DB engines. 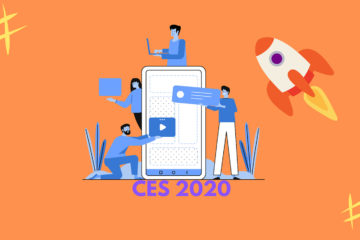 EOS Rapid Set to Bring Blockchain to All