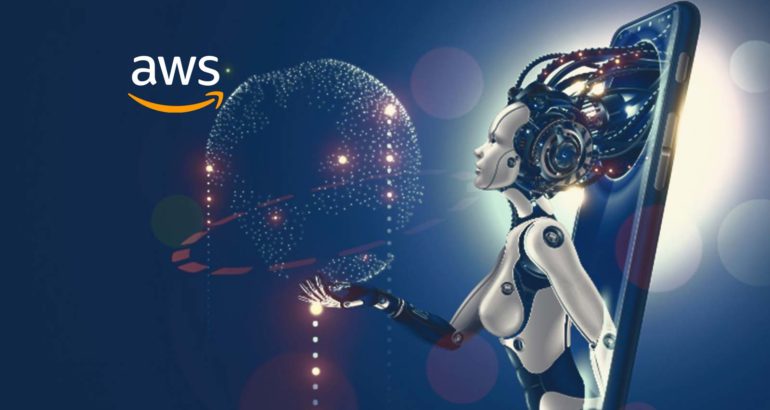 Second Spectrum’s content-generation service runs on AWS. The process begins when Second Spectrum applies ML and computer vision techniques to its proprietary optical tracking system, which collects 3D spatial data from cameras at live sporting events, and then indexes the video in real time with metadata such as the identity and location of players, and the type of play in progress. Second Spectrum technology then references that real-time information against historical team and player data housed on AWS to rapidly generate stats, analytics, and its proprietary metrics like Quantified Shot Quality (expected effective field goal percentage) and Quantified Shooter Impact (impact of the player compared to league average), and uses AWS’s highly scalable and performant infrastructure to construct 3D visualizations and augmented video to support live broadcasts. By expanding its relationship with AWS, Second Spectrum will begin working with Amazon SageMaker to explore ways of enhancing and tuning its ML models on years of video data captured in dozens of sports venues, enabling it to generate new predictive stats during live games.

“Second Spectrum has created never-before-seen products and experiences for coaches, analysts, players, producers, storytellers, and fans everywhere. In addition, successful teams rely on our machine intelligence to find and share video, discover key insights, and make more informed decisions faster,” said Rajiv Maheswaran, CEO of Second Spectrum. “Using AWS’s breadth and depth of services, Second Spectrum will elevate its analytics and video processing capabilities to provide deeper insights into on-field and on-court action. We look forward to leveraging AWS to continue to innovate new and compelling content and give our customers and fans new and better ways to experience sports.”

“AWS and Second Spectrum have a history of working together to deliver stats and visualizations that make the world’s most competitive sports even more engaging for fans, insightful for coaches and players, and profitable for media partners,” Mike Clayville, Vice President, Worldwide Commercial Sales at AWS. “In expanding the relationship between AWS and Second Spectrum – bringing together a top provider of sports analytics with AWS’s unmatched portfolio of services – we are adding new layers of depth to the spectator experience and helping teams uncover new ways to understand, evaluate, and elevate their performance.”