The standard banner market is still a $17B market in the US but has seen very little innovation or disruption since programmatic buying became the standard. Most buyers use the same creative formats and DSP workflow they have used for nearly a decade. Through proprietary templating technology, Sharethrough automatically transforms standard banner creative into higher-performing ads, delivered on top content sites across the Sharethrough Exchange (STX).

Sharethrough is in a unique position to disrupt the display buying supply chain because of their roots as a native ad exchange. What has made native exchanges unique is that, unlike with display and video, they take on and improve the way each ad renders on the page.

This new product line capitalizes on Sharethrough’s core native ad technology, bringing the value and performance of native ads to traditional banner ad buyers. Rather than deliver the ad in a standard display placement, Sharethrough automatically renders every ad in an advanced and proprietary ad template that improves the way the ad renders. The ad fits more seamlessly into the surrounding content leading to increased viewability, comprehension and better ad performance.

This new product gives advertisers the best of both worlds- buyers can get many of the performance benefits of native using their standard banners and existing workflow.

The new product has delivered dramatically improved performance of standard banner ads’ click-through-rate by as much as 150%. Enhanced Banners already make up nearly 15% of the total demand on the Sharethrough Exchange.

Buyers will find Sharethrough integrated as a standard display supply source on more than 10 DSPs, including Xandr and The Trade Desk, with more coming online soon. This is also an attractive source of supply for DSPs who are similarly working to innovate in a display ad space that has seen little innovation.

This product is the latest addition to Sharethrough’s suite of products aimed at helping programmatic ad buyers get better performance out of their legacy creative by enhancing the supply. Sharethrough also offers buyers higher-performing solutions for outstream video and of course, native ad supply.

Sharethrough is disrupting the legacy digital advertising supply chain as the first ad exchange to auto-enhance every standard impression by rendering a higher-performing ad that dynamically fits into any placement on any site. Our technology and approach enables advertisers to see substantial campaign performance improvements and cost savings using the same standard video and display creative as well as the buying workflow they use with standard exchanges. The Sharethrough Exchange (STX) powers over 75 billion monthly impressions and is integrated with more than 30 of the world’s largest demand side platforms, enabling buyers to efficiently achieve their marketing objectives at scale. Founded in San Francisco in 2008, Sharethrough’s foundational premise is that quality advertising for advertisers, publishers and consumers can be achieved and scaled. Sharethrough is funded by North Bridge Venture Partners, British Sky Broadcasting as well as Silicon Valley notables including Mike Maples, Ron Conway, Steve Blank, Eric Ries, and Dave McClure. 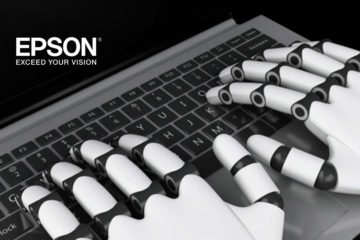