MakerSights, pioneer of the product decision platform for retail, announced its vision for the New Retail paradigm, marrying art and science through the combination of artificial intelligence (AI) and creative instinct. The convergence of the mobile internet, automation and artificial intelligence is making it possible to close the annual multi-trillion dollar gap between what gets made and what customers buy. Three-year-old MakerSights is already profitable and has grown its business by 3X year over year. The company has seen widespread adoption among standout industry brands as well as leading digitally native players – new customers utilizing the platform include Levi’s, Madewell, J.Crew, Allbirds, HOKA ONE ONE, Lucky Brand, Roots and Shinola. The company also expanded internationally over the past year and is now operating in North America, EMEA and APAC and announced investment to fuel its vision, bringing MakerSights total funding to date to $3.1 million. Concurrently, MakerSights today announced the powerful next generation of its product decision platform with a new AI-based product decision engine that is uniquely aligned to the retail calendar.

“The secret to MakerSights’ success is a parallel focus on technology and people. They’ve built a one-of-a-kind SaaS platform that solves a meaningful problem at the heart of the retail and fashion industries by bringing predictability and consumer-centricity to the product development process. At the same time, they’ve built a team of true retail and technology experts, while fostering a positive, feedback-minded culture,” said Steve Anderson, founder of Baseline Ventures. “It’s clear to me that the MakerSights team has the right formula to continue achieving outsized success over the long term.”

Investors in MakerSights include: Steve Anderson, founder of Baseline Ventures, who was the lead investor in Stitch Fix, as well as an investor in Heroku, Instagram, Twitter; Hayley Barna, partner at First Round Capital and founder and former CEO at Birchbox; Bill McComb, former CEO of Kate Spade and Lucky Brand; Elizabeth Spaulding, senior partner at Bain & Company and leader of Bain’s Global Digital practice; Jeff Epstein, operating partner at Bessemer Venture Partners and former CFO at Oracle and Doubleclick; and Nick Brown, founder of Imaginary Ventures.

“At MakerSights we believe that good go-to-market decisions combine merchant instinct, consumer sentiment and historical evidence. Yet until now, brands have lacked tools to surface these key inputs effectively, and as a result they’ve had to fall back on gut-based decisions, leading to massive financial and materials inefficiency,” said Dan Leahy, co-founder and CEO at MakerSights. “MakerSights puts these mission critical inputs at decision makers’ fingertips, enabling informed decisions throughout the entire go to market process. And the results have been tremendous—in just three years, we’ve delivered hundreds of millions of incremental margin dollars to our brands by reducing both markdowns and out of stocks. In partnership with the world’s top retail brands as customers and the best minds in venture capital, academia and retail as investors, we’re thrilled by the opportunity to usher in a new era of retail that consumer-centric, data-driven and financially and environmentally sustainable.”

The Fourth Industrial Revolution Reaches Retail, Sparking Digital TransformationWorld Economic Forum founder Klaus Schwab has observed that the rise of the fourth industrial revolution is upon us, with its new economy powered by the mobile internet, automation and artificial intelligence. As the fourth industrial revolution reaches retail, investment in AI for retail will exceed $8 billion dollars by 2024 with brands and retailers applying the technology in new ways across the entire product cycle.

“For all the years of ecommerce, we’re still woefully behind in using technology to change the innovation process in retail, especially fashion. Truly engaging customers isn’t just a question of finding better ways to sell to them. It’s a matter of engaging with them directly in the creation process. In the spirit of meeting customers where they are, digital channels can facilitate product development as well as commerce. The ability to test concepts and products directly with customers early in the process pays huge dividends—regardless of where they’re ultimately sold,” said Nicole France, Principal Analyst & VP, Constellation Research. “Informing decisions with data throughout the production cycle, as MakerSights does, makes basic business sense—it reduces cost and accelerates time to market. Incorporating customer input throughout the design and development process increases the likelihood that products will be successful. The result is not only increased sales, but lower volumes of unsold stock.”

The New Retail: Out With the Old, In With the New The decades-old process of coming up with a product and bringing it to market is more than ready for a makeover. Until now, most products have been developed based on static historical sales data (often two years old) and gut intuition. The problem is that past consumer behavior and product instinct alone are not consistent indicators of how a new product or assortment will perform in the market. Further, in this new age of the empowered consumer the argument that consumers don’t know what they want has been invalidated across the spectrum—from fast fashion to luxury goods, companies burned or discarded billions of dollars in non-purchased stock last year alone.

In the New Retail paradigm, letting the consumer behind the curtain to take part in the product creation process breaks this cycle of making and selling only what has done well in the past, or what a group of people inside of a retail organization have convinced themselves will sell. This direct access to relevant feedback, when paired with capabilities such as AI, machine learning and predictive analytics, gives brands clearer insight into what their consumers want, and more ability to integrate this into their decision-making. As a result, retailers become more profitable, customers become more loyal and fashion becomes sustainable.

Results from a recent study, also announced today, revealed the role that consumers expect to have in the product creation process, highlighting the need for consumer-informed retail strategies.

“It’s obvious you should make what customers want, but the question for brands is how. That’s the problem we decided to solve in software, taking advantage of today’s confluence of mobile internet, automation and artificial intelligence technologies to develop a tool that can partner with product teams on decision-making throughout their product creation and merchandising calendars,” Leahy continued. “MakerSights puts the value of the new retail tech stack within reach of the product teams, the C-suite and even frontline employees. Product teams using MakerSights are empowered to make better choices than ever before.”

Hyperledger Kicks off the New Year with Eight New Members

XMReality Launches Version of Its Remote Guidance Customer Service Offering Online for Small-, Medium-Sized Businesses in the US 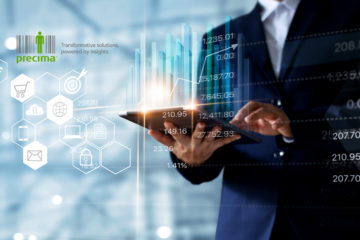