Frisco, Texas-based Vanguard Infrastructures is a security solution provider offering advanced threat protection solutions. The Wraith security solution using Broad Spectrum Artificial Intelligence has four major security components and is one of the most comprehensive security solutions being offered today.  The Global OEM agreement will focus on delivering a scalable offering through HPE’s large global network of manufacturing and support solutions.  Vanguard has clients poised for the Wraith solution worldwide and through HPE’s global reach, Vanguard can react quickly to customer demand and offer multiple global build sites for the solution.

Vanguard’s CEO, Troy Cooper said “We are proud to work with HPE as a Global OEM Partner. Vanguard believes that HPE’s global manufacturing capability and well-oiled supply chain will enable Vanguard to reliably bring its products to market and deliver its solutions to customers more quickly than would-be competitors”. Mr. Cooper also added “In my mind, HPE is the gold standard in global service and support”.

“Vanguard believes that the Silicon Root of Trust solution HPE offers solves significant problems that exist with other manufacturers and it is a ‘must’ to know who has touched your server’s silicon through the process of manufacturing to delivery”, said Vanguard’s Executive Vice President, Vijay Richard.

“Vanguard’s Wraith security solution is delivering threat protection for the data center leveraging powerful artificial intelligence. By collaborating with Vanguard to integrate its Wraith Intelligence Platform with optimized HPE ProLiant DL380 Gen10 servers, including iLO 5 Silicon Root of Trust, we are marrying the best in cyber security with the quality and reliability of the world’s most industry-standard secure servers,” said Phillip Cutrone, vice president and general manager, Worldwide OEM, Hybrid IT Group at Hewlett Packard Enterprise. 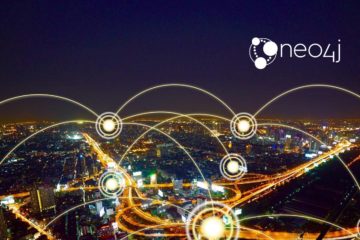 Content Guru Positioned as a Leader in the 2019 Gartner Magic Quadrant for Contact Center as a Service, Western Europe