Fluentworlds Direct Is a Consumer-To-Consumer Marketing Model in Which Fluentworlds Users Make Commissions by Sharing the App with Colleagues, Friends and Family

FluentWorlds, the provider of the world’s most sophisticated and flexible 3D/VR platform for language immersion rated among the Top 100 educational Apps in the world on iTunes, held an Ambassador Kick-Off event on 24 October 2018 in Provo, Utah to introduce its referral-based marketing program called FluentWorlds Direct. The exciting gathering featured musical performances of David Osmond, Nate Terry, and a taped interview with the world-renowned Larry King. The event also celebrated the launch of FluentWorlds latest app, PerfectAccent™ (patent pending), available now on the iTunes Store.

The company’s two apps for English language learning  FluentWorlds and Perfect Accent – are the most advanced digital English language learning offerings on the market. They combine Artificial Intelligence, world-class speech recognition, and contextual learning in real-life environments. The newly launched PerfectAccent will allow users to increase their job skills, study specific sentences for the TOEFL and 79 other categories, allow the user to input their own custom sentences, and see their unique voiceprint and fluency assessment. The app also offers proprietary voice recognition functionality that gives students immediate feedback on the phoneme level, helping them progress more quickly.

“We are taking FluentWorlds and PerfectAccent directly to the people with our new direct sales program,” said David Bradford, CEO of FluentWorlds, and a member of the Utah Technology Hall of Fame. “We have created a complete turnkey business solution, where anyone, no matter how new they are to consumer-to-consumer sales, can succeed. We are excited to usher in the first group of ambassadors—our Founding Team which include ambassadors with roots in Sri Lanka, Greece, Russia, Japan, Korea, Brazil, Mexico, Spain, Egypt and more.”

The FluentWorlds Direct program is simple to join and use. For $99, FluentWorlds will provide an individualized website with back-end analytics to track referrals, marketing collateral, social media links for sharing, training and more. As people subscribe to FluentWorlds from the ambassador’s website, that ambassador will make a sizeable percentage of the sale revenue.

“Our mission is to dramatically improve people’s lives by offering them a business opportunity with the world’s most advanced language technology-powered educational tools. The FluentWorlds environment provides both a unique and revolutionary opportunity for teaching language, as well as an equally unique and revolutionary source of income for ambassadors,” said Dr. Linda Bradford, founder of FluentWorlds.

“FluentWorlds is poised to become the market leader in the rapidly growing industry of digital language learning. Together with their ambassadors, FluentWorlds will utilize game-changing technologies to inspire, uplift, and provide greater work and life opportunities for millions of people throughout the world,” added Dr. Bradford.

“FluentWorlds is destined to be the world’s most effective and powerful digital English learning application ever,” noted Craig Fleming, a luminary in the direct sales industry. “The Bradfords will make history with their creation. There is no physical inventory to ship, and these applications can deliver real, life-changing results.” 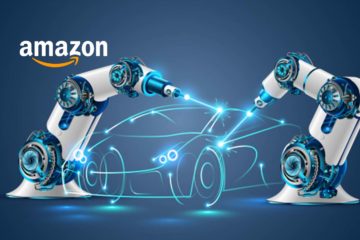 Go Behind the Scenes as Amazon Develops a New Electric Vehicle