MondoBrain, announced the closing of a $13.3 million Series A funding round led by Japia, a France-based Fund owned and managed by Jean- Paul Inchauspé. Finamar, one of Luc Dulayet’s Company, strengthens the European part of the venture, and Noreen Harrington, a former Goldman Sachs executive, took the lead of a selection of private US investors, like Philipp Simotas and Steven Tye.

The company will invest in expanding its sales and marketing international teams and in accelerating innovation in product development.

“The rapid development of Artificial Intelligence legitimately generates anxiety and fears, however MondoBrain proposes a new approach where AI serves professionals and help them make better decisions and execute them will full collective consensus” said Augustin Huret, founder and CEO of MondoBrain and inventor of the technology. “Our solution provides Prescriptive Analytics that welcomes users’ experience and intuitions, thus empowering them to always make the best possible decisions, with full traceability and transparency. In environments where complexity is growing exponentially, MondoBrain brings simplicity and facilitates team work and action.”

MondoBrain began selling in 2016 and already serves more than 50 enterprise customers. For most of them, MondoBrain brought contributions to mission critical processes that are measured in millions of US$. In 2018, BNP Paribas Personal Finance granted their Innovation Award to MondoBrain for the first use of AI in a fully compliant support to “New Ways of Working”. MondoBrain also received recognition by Airbus Helicopters with their Quality Award to a team who brought an improvement to the quality of composite manufacturing.

“We realized that the main goal of Mondobrain team was to give to Artificial Intelligence the most adequate and relevant role within human organizations, thanks to their capability to empower every single professional.” Said Jean-Paul Inchauspé, head of Financière Japia, “It allows everything to be done with and for the people involved”.

Luc Dulayet said “My investment in Mondobrain is not only financial. I want Mondobrain to be at the core of my tourism company and show how Augmented Intelligence can contribute to the success of businesses of any size and purpose, now.”

With her personal investment and presence at the Board of Directors, Noreen Harrington brings a unique Prospective of the US market to MondoBrain. She said that “AI can be a threat or an opportunity. With MondoBrain, it will be successful because it is designed to service people, enhance performance and productivity.”

Gopher to Offer a Chat Capable Agent for its Avant! AI to Enable Complex Informational Capabilities for Gopher Protocol and its Customers’ Platforms 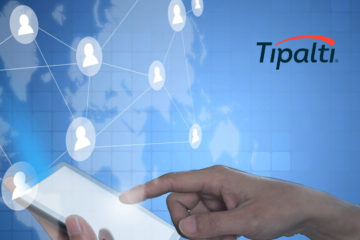