Ubiquity6 Launches Display.land – A Place for People to Capture, Edit

Ubiquity6 Launches Display.land – A Place for People to Capture, Edit and Share Reality

Reality is the new canvas for creativity: Ubiquity6 launches Display.land to unlock new ways for people to create and connect by merging the digital and physical worlds

​Ubiquity6​, the augmented reality and computer vision company, announced the general availability of Display.land, an augmented reality app and creation community that empowers anyone to turn physical spaces into a digital environment for shared self-expression and creativity. Display.land turns the everyday smartphone camera into a connected, world-scale 3D scanner and editor that gives anyone the creative and publishing power of professionals in the gaming, VFX and 3D graphics industry.

With Display.land, Ubiquity6 has pioneered new ways for anyone with a smartphone to interact and reimagine the spaces they care about. Users can recreate any real-world environment in a photo-realistic, shared, digital space by simply capturing the environment with their mobile camera. They can then use Display.land’s built-in editing tools to author and publish immersive creations ranging from interactive architectural annotations and spatial photo albums to rich, animated scenes that can be instantly viewed from any web browser across mobile, desktop and VR devices with a simple URL. This happens through a combination of mobile video, motion and GPS sensors on your smartphone, Ubiquity6 then creates a life-scale 3D scene in real time anywhere in the world.

“Display.land is the world’s first user-created destination of shared, persistent virtual spaces at 1:1 scale with the real world,” said Anjney Midha, CEO and Co-Founder of Ubiquity6. “Since launching in beta, we’ve seen the Display.land community map and share thousands of real-world spaces in over 50 countries, from graffiti-filled streets in Barcelona and coffee shops in Tokyo to secret gardens in London and underground bunkers in Sausalito. Every day, the people of Display.land learn new things about each others’ cultures from around the globe by sharing the spaces they love. We’re blown away by the positivity and creativity of the community, even at this early stage. We can’t wait to welcome more of the world to Display.land as we expand our AR, VR and 3D creation tools for the community over the coming months.”

Ubiquity6’s technological breakthroughs have previously stumped industry incumbents, including the ability to have a massively shared augmented reality experience that persists through time. These breakthroughs use the most advanced machine learning technology to precisely locate the phone and its physical surroundings. Display.land is built on Ubiquity6’s Reality Engine, an end-to-end cloud pipeline that combines cutting edge computer vision and machine learning, real-time 3D graphics and persistent, multiplayer networking. Created by Ubiquity6’s team with alumni from Stanford, Twitter, Zynga, and Unity among others, the Ubiquity6 Reality Engine enables cross-platform, massively shared, persistent experiences across AR and VR from any device.

“People love hanging out, interacting and creating together in shared spaces like arcades, playgrounds and studios,” said Bing Gordon, the co-founder of Electronic Arts and Partner at Kleiner Perkins. “The super-promise of the Internet is to bring that quality of social connection online. Display.land makes it easier than ever before to recreate a space you love, share it with friends and build it into whatever you want together. It’s a mix of persistent world building games with real friends and real world spaces.”

BEN Group Announces Record-Breaking Half Ahead of Shanghai Expansion

Blockchain and AI Risk Management Technology Company, HCXI, Announces the Appointment of Former Swiss Re and AIG Executive to Its Advisory Board 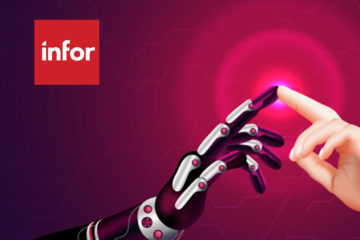