Algo Capital, a blockchain-focused venture capital group, has announced the launch of a $100 million USD fund to invest and manage significant capital in emerging disruptors building on the Algorand decentralized platform over the course of the next decade. The Algorand protocol was designed by MIT professor, cryptography pioneer, and winner of the prestigious Turing Award, Silvio Micali. Algo Capital invests in promising companies at all stages that are creating solutions on the decentralized Algorand platform, with an initial focus on companies building fintech applications.

Algo Capital is funded by external investors who recognize the potential Algorand has to serve as the platform to create a truly decentralized economy. Algorand, a first-of-its-kind blockchain and digital currency purpose-built for business, is also an investor in Algo Capital, letting Algo Capital independently manage the fund while serving as an integral part of the growth of the Algorand ecosystem. In order to further support companies with which the fund will engage, the leadership team will establish a blockchain laboratory to provide developers and entrepreneurs with tools and resources to help them build on the Algorand platform.

Arul Murugan, Managing Partner of Algo Capital, said: “The launch of Algo Capital signifies an invaluable opportunity to support and grow some of the world’s most promising startups that are building on the business blockchain of the future. We believe that value in the overall Algorand ecosystem will be captured by building real business and uses cases upon it, bringing hundreds of millions of users to wider blockchain adoption. Algo Capital looks forward to enabling and supporting entrepreneurs to leverage the unique benefits of the Algorand platform in innovative ways that will change the world.”

The fund is managed by a diverse leadership group of four founding partners with more than six decades of combined experience in venture capital, crypto investment, and blockchain technology, including Managing Partners David Garcia and Arul Murugan. Garcia previously served as Managing Director and Partner of Ripio, and as Partner at one of the first digital asset funds in Latin America. Murugan is the Founder and former CEO of Enrich, a global leader in oracle procurement software-as-a-service, and Managing Partner of blockchain-focused venture capital firm 11-11 Ventures.

David Garcia, Managing Partner of Algo Capital, said: “I have been active in this space for more than five years as an entrepreneur and investor. I’ve had the opportunity to learn what succeeds and what fails, beyond just the technology. We invested in Algorand due to the outstanding technical and business leadership of its team. We also recognized the massive potential and have joined forces with others to launch Algo Capital to capitalize the potential of the Algorand ecosystem.”

Algorand last month announced the closure of a $62 million USD equity investment, a round in which Algo Capital was a lead investor. In addition, the company onboarded senior executives Steven Kokinos as CEO and W. Sean Ford as COO to help launch the revolutionary blockchain. Kokinos is the Founder of global, cloud-based unified communications platform Fuze. Ford was previously Senior Vice President and CMO at one of the world’s top 10 public SaaS companies LogMeIn, Inc.

Steve Kokinos, CEO of Algorand, said: “The launch of the Algo Capital fund demonstrates the momentum of the technology that Silvio Micali has been developing for the past several years. Algo Capital and its supporting lab will accelerate opportunities for developers and businesses to realize the potential of Algorand’s protocol for a truly global and decentralized economy. We look forward to seeing first-hand the innovative projects that will develop out of the Algo Capital fund.”

Cymulate and Symantec Announce a Shared Research of Email-Based Attacks

Deloitte Recognized as a Leader by Gartner in Data and Analytics Services, Worldwide 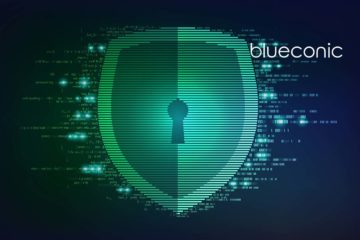