ArcBlock Releases New DID ABT Wallet and Decentralized Identity Solution

ArcBlock, the leading blockchain application platform, and interconnected blockchain network has officially released its ABT Wallet giving every user access to their own decentralized identity and the ability to take back control of their digital-selves.  Using ArcBlock’s unique interconnected blockchain network ABT Network, and Forge Blockchain Application Framework, any developer can now add the ability for any application or service to use decentralized identity in just a few steps. ABT Wallet is a small step forward for ArcBlock to achieve their mission of creating and running the decentralized web, and ABT Wallet represents a significant step forward by giving users the ability to easily manage their digital selves.

ABT Wallet is a first of its kind wallet leveraging ArcBlock’s W3C compliant DID (decentralized identifiers) and is a secure, fully decentralized mobile wallet application that allows any user to store their digital information securely on a personal device.  It has been designed from the ground up to deliver a new type of user experience that makes blockchain usable, friendly and customizable around persons daily life.  Users will be able to use their wallet to access websites, apps, education services, receive certificates, sign documents and more all through their mobile device in a secure, but easy to use way.

“At ArcBlock, we view the decentralized wallet as the most critical interface for users and customers to use and interact with the decentralized internet.  Whether it is cryptocurrencies, digital assets, or managing their digital data, then using a personal device is something already universally accepted and we are now empowering users something that gives them the ability to make decisions on what happens with their data,” said Robert Mao, CEO of ArcBlock.

Starting today, users can download the ABT Wallet app on Android or iOS, to try various decentralized identity experiences designed to showcase what is possible.  Unlike previous company’s attempts to create a privacy-focused wallet, ABT Wallet is the first decentralized wallet that is fully integrated into their blockchain network allowing users to use any service, app, or offering instantly on the network making it easy to use and easy to adapt into any application or service.

In the next few weeks, ArcBlock will expand their blockchain application framework and Forge SDKs to include a new Wallet SDK expanding what is possible for developers by releasing their open-sourced DID protocol allowing developers and businesses to build their own wallets and services easily. 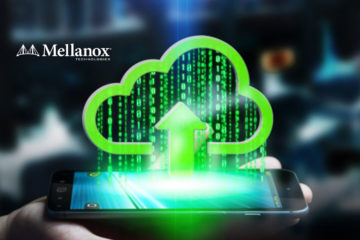