ORS GROUP is on a Mission to Empower Entrepreneurs with the New Digital Alphabet: ABC – Artificial Intelligence, Blockchain, Cryptocurrency

Blockchain technology continues to be one of the most exciting emerging technologies in the world today. Individuals, corporations, and even governments are developing means to use this revolutionary tool in advancing their processes. Many experts have come out to say that Blockchain holds the key to the actualization of a number of important technological breakthroughs. Within the haze of excitement and optimism, the core of the discourse surrounding Blockchain tends to center on strengths and weaknesses of the technology.

A key figure in the Blockchain and cryptocurrency community is Fabio Zoffi, the President and Executive Chairman of ORS GROUP. Here is how his journey to the Blockchain shores began.

Early this year, Zoffi wrote: “My journey towards the blockchain shores is revealing itself like a musical composition of what I have been reasoning and partially acting upon in the last few years – the true nature of capitalism and money, how to turn technologies into successful businesses, the advancement of scientific breakthroughs in robotics and A.I., and the consequences for society.“

Being a serial entrepreneur, he embarked on this journey five years ago, when he met his friend and business partner, Pierluigi Riva. Riva is the founder and products mastermind of ORS GROUP, a global provider of algorithms and software solutions for optimizing value chains. The Piedmont-raised and London-educated scientist had been running the company for 15 years at that point.

Fast track to March this year: the fast-growing company with a presence in Italy, Germany and the US, to name a few, has announced its expansion into the Blockchain space. By combining the power of A.I. with blockchain technology, thanks to the newly created ‘Hypersmart Contracts’ and the group aims to empower 1 billion small entrepreneurs by 2040.

Observing the impact of automation over the course of its 20-year history, the group has become acutely aware of a future in which a few giant corporations and wealthy individuals might control robotic plants and global assets. Its mission is to avoid this scenario by releasing their algorithms and technology to the masses. Any talented individual can consequently become an entrepreneur with a lasting competitive advantage in their field.

The international high tech firm boasts a strong team of scientists and IT developers including mathematicians, econometricians, and economists. Clients include Fortune 2000 enterprises and span industries including retail, energy, finance, and manufacturing. ORS GROUP software solutions save their clients over $1 billion yearly.

ORS GROUP have recognised that the blockchain can be utilised for collecting and sharing information with ease among decentralised, independent organisations and that Ethereum smart contracts are extremely useful for executing instant payments without financial intermediaries. As a result, they formulated the new “Digital Alphabet” which connects together A.I., Blockchain and Cryptocurrency, thanks to their newly created ‘Hypersmart Contracts’.

Hypersmart Contracts act as intelligent connectors, which activate A.I. algorithms to solve complex efficiency and optimization problems utilizing data stored on-chain. They are also able to release instant cryptocurrency payments. Together these technologies can lead to significant improvements in global value chains, which even small farmers can benefit from.

For example, algorithms can be used to predict crop yields and for dynamic price optimization while blockchain can be used for providing transparency about the whole food chain, and cryptocurrency is used for receiving immediate payments. As an end result, small farmers can regain bargaining powers against distributors and compete globally. Watch Dr. Zoffi explain how hypersmart contracts can empower entrepreneurs globally:  Video.

The Group and Eidoo, an app that helps cryptocurrency go mainstream with a multi-currency wallet, have closed a sales agreement for integrating the ORS Crypto Robo Advisor “Hypersmart Contract” with the Eidoo wallet. Eidoo users are able to automatically use A.I. algorithms in trading and investing crypto assets on the basis of their own preferences and risk profiles.

With over 200,000 downloads worldwide, Eidoo is set to become a leader in offering advanced blockchain-related functionalities.

ORS GROUP is making these algorithms and solutions available to the community at large – providing the ABC technology building blocks: Artificial Intelligence, Blockchain, and Cryptocurrency to entrepreneurs.

Dr. Zoffi has previously mentioned that it is no secret that automation and AI are going to change the world very quickly. Fabio wants ORS GROUP to help ensure a bright future for our children, not a dystopian one. The group aims to build a future that is more creative, entrepreneurial and more equal. He raised concerns that not everyone has the skills or knowledge to run and grow a business that can compete globally; but thanks to ORS’ new Digital Alphabet now they will be equipped.

“When I learned about blockchain technology everything came together in my mind and we decided to enter the crypto world to help empower a community of developers and entrepreneurs worldwide.“ – Fabio Zoffi. 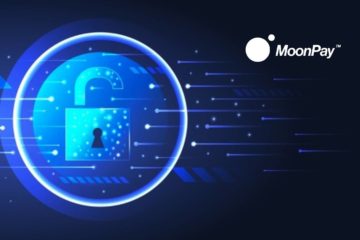 ARK Launches the ARK Deployer: Enabling Anyone to Create a Blockchain in 3 Simple Steps

Diagonal View to Bring over 1,500 Hours of Content and 15 Million Fans from Its Popular YOUTUBE Channels to BitMovio’s Blockchain-Enabled Video Entertainment Marketplace