Arweave, a new blockchain protocol pioneering permanent data storage, has sold $5 Million worth of tokens in funding over the last six months, led by a16z crypto. Other participating investors include Multicoin Capital, Union Square Ventures, who will join the Arweave community alongside previous investors 1kx and Techstars. The new funds will be used to hire developer relations team members and support the project as it ramps up marketing and commercialization efforts this fall.

“Arweave is creating the permaweb, a critical piece of infrastructure in the Web3 stack”

Arweave is a decentralised protocol that offers true information permanence, with sustainable economics, for the first time. The permaweb—a collection of knowledge and web applications—is built on top of the core protocol. Unlike the centralised web, all content on the permaweb is immutable and cannot be lost.

Arweave is generally available today and is suitable for use by journalists and publications, scholars and researchers, plus archivists and activists around the world. The Arweave community committed over 50,000 objects in October alone and has developed over 100 apps since the mainnet launched in June, 2018.

“Arweave’s mission is to become the new Library of Alexandria, but invulnerable to the pitfalls of centralised points of failure, ensuring that humanity’s shared knowledge and history is available to all future generations,” said Sam Williams, Founder of Arweave. “We have achieved exceptional growth in a small period of time. With Multicoin, USV and a16z crypto joining 1kx and Techstars, we now have the support of the very best backers in the space. Combining their wealth of experience and skills with the power of our amazing community, we’ll be able to grow the core team and push adoption even faster.”

Saving a webpage, PDF, or app on the permaweb is accomplished through a free Chrome, Firefox or Brave extension. Once installed, the extension prompts users to set up a wallet, which is subsequently funded with one free Arweave token. Once set up, users simply click the “Archive this Page” from the Arweave extension for any page on the web. Arweave’s “pay once, store forever” model means that costs are determined upfront based on the cost of creating a storage endowment for the file. In addition to the browser extensions, the Arweave community has also built tools to save tweets, permanently store emails, and even host apps on the permaweb.

“Arweave is creating the permaweb, a critical piece of infrastructure in the Web3 stack,” said Kyle Samani, Managing Partner, Multicoin Capital. “The core concept of the permaweb is foreign to most people because it’s an entirely new market that has never existed before. We don’t expect Arweave to replace the Internet Archive; rather, we expect the market to expand exponentially as there are many verticals beyond internet archiving that want permanent storage but didn’t know it was possible before. Arweave is pioneering an absolutely world-changing idea.”

In Arweave, miners compete to store as much of the blockweave as they can, in order to receive block and storage endowment rewards in the network. The more blocks they store, the higher their likelihood of receiving a reward while mining (more information in the yellow paper here). Therefore, the Arweave protocol provides permanent information storage as opposed to contract-based systems like Amazon Web Services and Filecoin — creating an incentive-based game for miners where the most economically rational thing to do is to store and replicate as much of the data as possible.

Sam Williams, Founder of Arweave, began working on the project in early 2017. With 1kx and Techstars as early backers, the Arweave mainnet went live in June 2018 and since then, its user base has been growing rapidly. Over the past 6 months monthly transaction volume has grown five fold.

Gold Media Tech, a Software Development Company, Is Aiming to Be the #1 Go-To Tech Partner for Fortune 500 Companies and Startups in the US 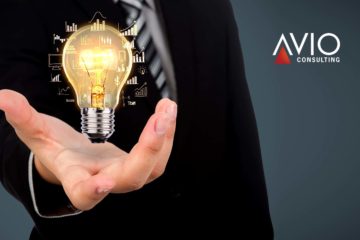