Assembl Inc., a software company focused on democratizing science by helping researchers collaborate and exchange data, has announced the close of its angel round. The 125,000 CHF round was funded by CV VC, a Swiss blockchain-oriented investment firm, as fuel to build out operations, assist with patenting, and enter the scientific market.

Assembl’s unique twist is their licensing model. This model enables scientists and academics to treat their datasets like IP, and then license their datasets out to other institutions or individuals.

Read More: How Has Deep Learning Impacted the Translation Industry?

“The internet was originally created to interconnect scientists and research institutions,” said CEO Sebastian Mellen. “It’s time to bring that back, but this renaissance is only going to happen in a secure environment. That’s why we’re building a framework for the open science movement.”

Advantages for scientists: – A secure and inexpensive alternative to cloud storage and transfer solutions – Built-in licensing model to protect against IP theft, secured with blockchain technology – Compliance with government and IRB regulations

“We like the potential impact of such a solution in today’s global environment,” said Olaf Hannemann, CIO of CV VC. He continued, “We invest in great entrepreneurs that have the right idea at the right time, and [the Assembl team] clearly ticks these boxes. Leading researchers to work together effectively and increasing speed to publication is [highly] relevant today.”

The investment decision was made following a three–month incubation program led by CV Labs, an affiliate of CV VC, which finished last July. The program took place in Zug, Switzerland, a hub for decentralized tech known as the “Crypto Valley” and the “Silicon Valley of Switzerland.”

The sentiment from CV Labs was positive, as mirrored by Pavel Jakovlev, Incubation & Ecosystem Lead: “The Assembl team was hard at work throughout the incubation program and have managed to deliver above and beyond our expectations. We look forward to welcoming Assembl back to the Crypto Valley in the nearest future.”

At Assembl, the work continues. Assembl’s beta software is already in use by researchers, and interest is growing daily. Now, the task is to expand Assembl’s userbase. With a focus on Europe, due to advantageous open science legislation in the EU, the team will burrow in for the winter to finish product development and reach key partnerships. 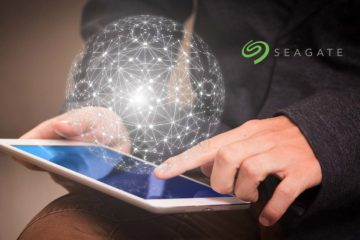