Bitcoin Oil, or the Company, announces its plan to create a highly innovative Bitcoin fork and generate crypto-assets which the Company refers to as Bitcoin Oil, or OIL. In addition, Bitcoin Oil also announces its intentions to “go green” by utilizing the Power of Stake, or PoS, protocol to solve Bitcoin’s serious energy consumption problems. “We have an opportunity as Bitcoin Oil to mitigate, for the first time, a significant concern that crypto currency users have regarding the large amount of electric energy consumed by crypto miners,” says Hannah Paddock, Bitcoin Oil’s Chief Marketing Officer.

In today’s crypto ecosystem, Bitcoin and many other cryptocurrencies are experiencing a desperate need for electricity to meet the Proof of Work, or PoW, protocol. PoW is often described as “complicated puzzles” that miners must solve in order to earn the right to verify a block of transactions and claim the mining reward. Historically, cryptocurrencies were considered to be unregulated virtual currencies, using decentralized control as opposed to centralized currency and central banking systems, which means cryptocurrency networks could not be shut down.

Although that might have been true in the early days of cryptocurrency, the Company believes that Bitcoin can no longer be considered a truly decentralized cryptocurrency and government-independent, given that approximately 80% of Bitcoin’s mining pools (and its votes) are controlled by China – “Bitcoin’s most powerful adversary” as many say. The truth of today’s market is that abundantly cheap electricity supplies need to exist to continue PoW mining ventures. Overtime, mining has transitioned from ordinary activity carried out by many disparate miners to giant mining farms. As a result, governments have an increasing influence and at least indirect oversight over Bitcoin’s largest miners.

In this context, government regulators are taking action to ensure that miners no longer receive preferential policies for electricity prices, taxes or land use – a highly political set of options with a lot of leverage for governments to significantly influence and control all major Bitcoin mining farms. To combat these legislative restrictions and become truly independent from political influence and government control, Bitcoin Oil’s blockchain developers are “going green” by implementing the PoS protocol.

Ethereum will be the pioneer to this change as they begin to convert from PoW to a PoS algorithm, which is named Casper, as part of its Constantinople update. As the second largest crypto asset, this development is a huge endorsement for the PoS protocol. We believe the energy crisis is one of the first truly substantial trials facing the cryptocurrency world as it marches towards public prominence. Pitfalls and obstacles such as these are to be expected in such a nascent technology, but it’s the responsibility of the community at large to adapt to these tribulations. Bitcoin Oil will be following suit and “going green” with a conversion to an innovative PoS algorithm.

Alternative to PoW, PoS doesn’t require miners to solve complex mathematical puzzles in order to secure transactions. Instead, PoS uses economic incentives to secure network security. The concept is that using an economic game theory is a better and more efficient way to maintain network consensus. Implementing this new “green” system would mean network validators must deposit and lock up, or “stake”, coins to the network to act as de-facto collateral. These “staked coins” will be lost in the event a validator attempts to fake transactions or manipulates the system. In PoS, the amount of coins staked, along with the amount of time the coins have been staked to the network, help determine the likelihood a validator will be given the chance to secure the next block of transactions and thereby earning the validator additional coins as a reward for the validation work.

The divergence from completing mathematical computations in PoW to staking coins in PoS is the key factor in reducing the amount of energy required to operate and maintain a PoW-based network, such as Bitcoin, and PoS-based network such as Bitcoin Oil fork. This innovation eliminates the need for miners to use computing power to maintain the network, and instead relies on network participants to stake their coins in order to be recognized as network validators.

“If Ethereum’s successful algorithm change in Q1 2019 means anything, it should be a clear signal to the crypto community that PoW cannot persist in its current state. We believe PoS could avert Bitcoin from self-sabotage, which is one of the reasons why we believe Bitcoin Oil’s PoS-based technology will be superior to Bitcoin’s current PoW model. Bitcoin Oil will remain vigilant in the improvement of Bitcoin and proactive with our solutions,” Hannah Paddock continued. 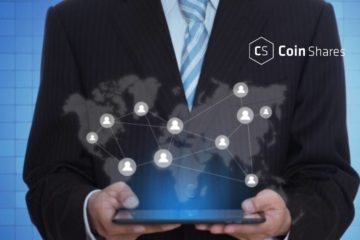