ConsenSys will join a Hyperledger membership made up of 270+ leading companies in finance, banking, IoT, supply chain, manufacturing and technology. ConsenSys’ PegaSys submitted a blockchain framework based on public Ethereum for users to build and run robust, industry-specific applications, platforms and hardware systems to support business transactions. As a member of the Hyperledger community, ConsenSys will explore interoperability across blockchains and help drive standards to support enterprise-grade blockchain environments. Hyperledger Besu will benefit from a global community of Hyperledger developers, technical working groups, and leading open-source governance standards.

“As a new premier member, ConsenSys is now an active part of the Hyperledger community and the open source, open governance approach to blockchain,” said Brian Behlendorf, Executive Director, Hyperledger. “By submitting the code for Hyperledger Besu right out of the gate, ConsenSys is showing its support for our mission to build a broad coalition for advancing enterprise blockchain. The more technologies and members we have working together, the stronger the foundation we can collectively build for blockchain-based solutions.”

Read More: 7 Ways to Convert Your Visitors into Customers Using an Intelligent Chatbot

Joseph Lubin, Co-Founder of Ethereum and Founder of ConsenSys, will join the governing board of Hyperledger, which now counts 22 members. “PegaSys and ConsenSys have been committed to open source software and submitting Hyperledger Besu to Hyperledger demonstrates that commitment. Public networks with tens of thousands of nodes are most appropriate in a world in which we will see the tokenization of many types of assets and resources.”

Hyperledger Besu is the 15th project in the Hyperledger greenhouse. Hyperledger Besu, a Java-based Ethereum client formerly known as Pantheon, is the first blockchain project submitted to Hyperledger that can operate on a public blockchain. Besu represents the growing interest of enterprises to build both permissioned and public network use cases for their applications. The project’s design and architecture decisions have been aimed at clean interfaces and modularity, with the goal of making Hyperledger Besu a platform for open development and deployment. 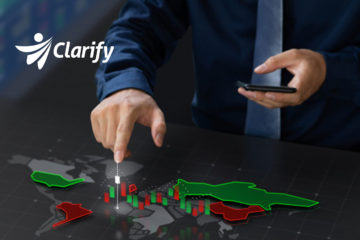