The FANTOM platform is taking innovation in blockchain infrastructure to the next level as the world’s first DAG-based smart contract platform. A stellar cast of lead strategic partners have shown their emphatic support for FANTOM, including Hyperchain Capital, Signum Capital, 8Decimal, Arrington XRP Capital, Bibox Fund, Link VC, Nirvana Capital, JRR Crypto, among many more. A total of $40 Mil USD was raised to fund the development of FANTOM’s pioneering platform, which will enable cryptocurrency transaction speeds significantly faster than traditional payment systems like Visa and Mastercard.

Popular cryptocurrency systems like Bitcoin and Ethereum are only able to handle around seven and fifteen to twenty transactions per second (TPS) respectively. While blockchain projects such as EOS, Cardano and Hashgraph have sought to address this problem by enabling faster transaction speeds, all still fall short of the 65,000 TPS that traditional payment services like Visa and Mastercard achieve at peak capacity. FANTOM’s DAG-based protocol, however, will be able to process up to 300,000 transactions per second at nearly no cost. Accordingly, FANTOM will enable businesses and consumers to execute everyday transaction more rapidly and flexibly than traditional payment systems using cryptocurrencies across all sectors.

It’s no secret that the rate of innovation in the blockchain space has been extraordinary and unprecedented, but there’s still demand for more. Currently, transactions are too slow, fees are hindering widespread adoption, and, because of the surge in demand, many blockchain-based projects find themselves heavily constrained. However, the team at FANTOM is poised to deliver a truly decentralized product that will achieve what blockchain technology originally set out to do: provide instant transactions securely and transparently without hefty fees.

“More so than any other project currently out there, FANTOM has the credible potential to bridge the gap between existing blockchain innovation and the mainstream user adoption, which is needed to bring cryptocurrency usage into the economics of daily life,” said Stelian Balta, Founder of Hyperchain Capital.

Other potential real-world applications of FANTOM’s infrastructure platform are nothing less than revolutionary. The potential cost savings applying FANTOM technology across all industries with large transaction volumes, such as e-commerce platforms, would be calculated in the billions of dollars a year. The platform would also allow over a trillion IoT devices requiring complex sensor communications and interactions to work simultaneously at almost zero cost.

To realize its vision, the FANTOM team understands that they must go beyond today’s technologies to make a lasting impact in the blockchain space. Through strategic outreach, FANTOM is securing partnerships with key players in a wide array of industries, among them food technology, telecom, banking and financial services, insurance, electricity, and real estate sectors. Most notably, they’ve forged a partnership with the Korea Food-Tech Association—an organization with over 90 food tech member companies valued at 200 trillion won. Industry giants Oracle and SBCK (a subsidiary of SoftBank Korea) are also onboard as major strategic partners.

“FANTOM is set to lead the next wave of innovation in the blockchain sector. This next generation technology they’re developing, which is designed to be infinitely scalable, will be truly transformative and drive mass adoption for blockchain technology and cryptocurrencies in every industry and market imaginable,” said John Ng, Partner at Signum Capital. 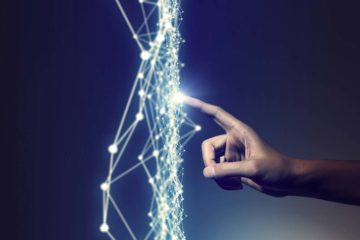