According to a report published by Markets and Markets, the blockchain market size is expected to grow from USD 411.5 Million in 2017 to USD 7,683.7 Million by 2022, and at a Compound Annual Growth Rate (CAGR) of 79.6%. The research report emphasizes several key factors including the reduced total cost of ownership, faster transactions, simplified business process with transparency and immutability, as well as rising cryptocurrency market cap and ICO, are expected to drive the overall growth of the market. Digital Identity Management is expected to be the fastest-growing application in the blockchain market, as it eliminates the need for central authority and third-party involvement. Chineseinvestors.com, Inc. , Pareteum Corporation , ChinaNet Online Holdings, Inc. , Bitcoin Investment Trust , Xunlei Limited ,

The acceptance of blockchain technology in financial institutions is expected to grow. Recently, CCN reported that Jay Clayton, Chairman of the SEC, stated that, “Blockchain technology has incredible promise for securities and other industries. I think we all can agree on that… It greatly reduces transactions costs, including the costs of verification. It’s a powerful technology… That technology, people have used to apply to fundraising… we’ve had pretty clear…rules on how to conduct fundraising when you’re offering securities. Much of what I have seen in the ICO or token or ICO space, is a security offering… I don’t know how much more clear I can be about it.”

Chineseinvestors.com, Inc. announced on June 5, 2018 that “it has entered into a licensing partnership with The Bad Crypto Podcast to re-distribute the podcast’s most popular interviews in Chinese.

Interviews that will be translated into Chinese for re-distribution include: Charlie Lee, Founder and Developer of Litecoin, Roger Ver, also known as ‘Bitcoin Jesus’, and Patrick Byrne, Overstock.com CEO and Founder of tZERO. In addition to re-distributing these informative interviews in Chinese, the Company’s CEO Warren Wang also appeared once again for an interview on The Bad Crypto Podcast on May 23, 2018. Mr. Wang first appeared on The Bad Crypto Podcast in December 2017 where he offered his perspective and insights on bitcoin and cryptocurrency in China.”

“Since it first aired in July 2017, The Bad Crypto Podcast hosted by Joel Comm, Bitcoin Evangelist and Travis Wright, Blockchain Entrepreneur, has become a worldwide phenomenon with over 150 episodes for curious individuals trying to figure out cryptocurrency, blockchain and the future of digital payments,” says ChineseInvestors.com, Inc. CEO Warren Wang. “We are confident that this lighthearted, entertaining programming offered in Chinese will be well received by viewers looking to expand their crypto knowledge whether they are newbies or more experienced crypto investors.”

Pareteum Corporation  is a rapidly growing Cloud Communications Platform company, recently announced that an established provider of pre-paid communications plans has selected Pareteum’s Managed Service Platform with a USD 6 Million agreement over 3 years. This global mobile service provider will use Pareteum’s Managed Service Platform as a single source for metering, rating, provisioning and delivery, billing and collection services, as they expand their reach into the US and the Caribbean. The provider, and their customers, will benefit from Pareteum’s Insights Engine, which will collect and interpret predictive analytics to create a variety of tailored service packages, designed specifically to suit the needs of their customers. “This new customer specifically chose Pareteum because of our Managed Service Platform, the single source solution possessing the ability to govern a multitude of services around the world,” commented Vic Bozzo, Chief Executive Officer of Pareteum.

Read More: Jane.Ai Launches To Eliminate Wasted Time In The Workplace By Putting The Power Of Artificial Intelligence At The Fingertips Of All Employees

ChinaNet Online Holdings, Inc., a parent company of ChinaNet Online Media Group Ltd., incorporated in the BVI (ChinaNet), is an integrated online advertising, precision marketing and data-analysis and management services platform. Recently announced launch of its beta version of Business Opportunity Headline. BOH is the first blockchain-powered marketing and advertising mobile application available in Greater China on both IOS and Android App stores. It is based on a distributed business opportunity transaction platform designed to improve the performance and transparency of the Company’s marketing and advertising solutions. The technology enables information sharing among all users, including merchants, consumers, service providers, and platform providers. “We are excited to launch the beta version of our first blockchain marketing and advertising solution,” Mr. Handong Cheng, Chairman, and Chief Executive Officer of CNET, commented, “In the past 12 years, our advertising solutions have helped over 6 million customers with their online marketing efforts, including over 250,000 small and medium enterprises. During this time, we’ve prioritized trustworthiness over transaction volumes. Now we are using blockchain to provide verified sales leads in real time.”

Read More: Founder Of Tetris Henk Rogers To Serve As An Advisor For BLMP Network

Xunlei Limited  is a leading cloud-based acceleration technology company in China. The Company recently announced that it has launched StellarCloud and ThunderChain Open Platform to build a blockchain ecosystem in a product introduction ceremony held in Beijing. The StellarCloud is a shared cloud computing platform which will expand Xunlei’s existing Content Delivery Network services to Infrastructure as a Service. It also offers edge computing, function computing and shared CDN solutions. It is created to help companies in their transition to cloud, including content delivery, live streaming, data storage and artificial intelligence. Mr. Lei Chen, Chief Executive Officer of Xunlei, stated, “Incentive and trust are two main issues facing not only shared computing, but also every sharing economy model in today’s digital age.”

Advanced Use of Robotic Process Automation to Double in Europe by 2020: ISG Research 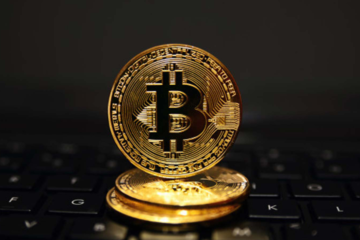 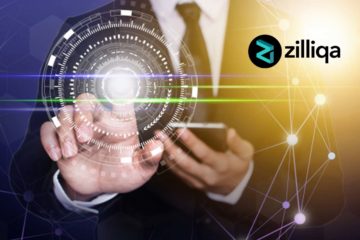 SCRY Was Invited to Participate in Blockchain Connection Conference 2019 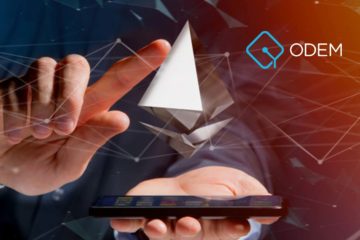