First AI DApp Game Is Launched on the Blockchain

First AI DApp Game Is Launched on the Blockchain

Cortex Labs announced the successful launch of the first AI decentralized application (DApp), independently developed by DevBug, to their mainnet. The AI DApp is called Digital Clash and has been designed as a game for users to play and earn rewards from.

“It’s such a clever use of machine learning with the blockchain. For anyone still skeptical about the combination of AI and blockchain, this is the only proof-of-concept they need to see. But anyway, it’s also a brilliant game – we at Cortex Labs are totally going to play it”

Cortex Labs has brought machine learning to the blockchain ecosystem by creating the first and currently the only – blockchain that allows realistic, on-chain execution of machine learning models. On the Cortex blockchain, AI developers can upload trained models to the storage layer, and DApp developers can later incorporate these models into their applications. Whenever the models are called, AI developers are rewarded a portion of the transaction fees. The infrastructure not only encourages the sharing of state-of-the-art AI models but also gives birth to exciting AI DApps such as the Master of Digital Clash.

The emergence of Digital Clash highlights the future of DApp development, which will feature the incorporation of more AI functionalities, taking advantage of recent progress in deep learning. This application will lessen the skepticism of combining the two hottest technologies of the day and deepen the knowledge of how they can operate and evolve together.

“The DevBug team first reached out to us because we were the only blockchain that allowed them to do what they wanted – running AI models on blockchain – even though at that time we were still in our TestNet phase. But we were all really excited because it was perfect timing and did everything we could to help them navigate our development environment,” said Ziqi Chen, CEO of Cortex Labs.

Digital clash is a game that can be played by anyone with access to a Chrome browser and the Cortex wallet. The game is set up with two teams – red or blue – and players attempt to draw over the pixels in order to make a certain digit appear on the canvas. The red team aims for 0-4 whereas the blue team aims for 5-9. Players can draw over the pixels by buying them and earn profits when others draw over their pixels. The more a pixel changes hands, the higher its price becomes. The game ends when the highest priced pixel reaches ​100,000​ ​keys​, or the accumulated number of pixel transactions reaches ​10,000​, at which point the canvas freezes and a deep learning model, trained with the MNIST handwritten digit dataset and quantized using Cortex’s MRT, decides the winning team and distributes the reward pool. One can learn the rules directly on the game page of Digital clash.

“It’s such a clever use of machine learning with the blockchain. For anyone still skeptical about the combination of AI and blockchain, this is the only proof-of-concept they need to see. But anyway, it’s also a brilliant game – we at Cortex Labs are totally going to play it,” adds Ziqi.

Christmas Is the Best Time to Realign Your Sales Using Technology 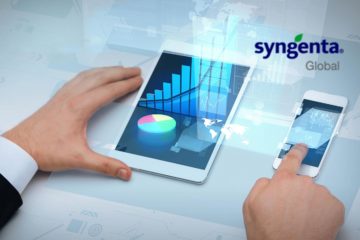