“Our XPOS devices now bear FCC, CE, KC and TRA markings, which means that they have passed levels of conformity prescribed by authorities in the USA, EU, South Korea and the UAE respectively. These markings indicate that from a safety and environmental protection perspective the XPOS can confidently be used by people and their communities,” said Zac Cheah, co-founder and chief executive officer of the Singapore-based Pundi X.

Signaling a New Way of Life

XPOS is the first wireless point-of-sale solution that enables merchants and consumers to do secure digital transactions on the blockchain in physical stores. These transactions include purchases of goods and services as well as topping up users’ cryptocurrencies. The XPOS is cryptocurrency neutral, so that popular tokens such as BTC, ETH, BNB, and NPXS are accepted. Merchants also have the option to have their settlement in fiat money.

“The certifications open the gates for a broader XPOS rollout, not only in the United States and Europe, but also globally where the FCC and CE markings are also easily recognized and trusted. This development supports the widely shared goal of mass adoption of cryptocurrencies and blockchain-based payments as a way-of-life for the digital generation,” said Cheah.

“It’s easy to take for granted those FCC and CE labels on the billions of electronic devices used by people and installed in their homes, offices and stores and used everywhere on the planet where wireless electronic transmissions have become essential. The presence of those certification marks assures distributors and merchants that the products they’re handling are safe for mass adoption. What this means for us is that we will be able to commence shipping into many more markets.

“Today, a blockchain-powered device has officially and legitimately become part of this universe of devices that are improving the quality of life for people everywhere,” added Cheah.

Compliance testing for electronic devices includes: emissions and immunity tests ensuring a product neither emits harmful electromagnetic interference nor is vulnerable to electromagnetic interference (EMI) from its operating environment, such as local radio stations or nearby products. Other safety tests ensure a product will not pose a safety risk from failed or shorted power supply, blocked ventilation or power line voltage fluctuations. 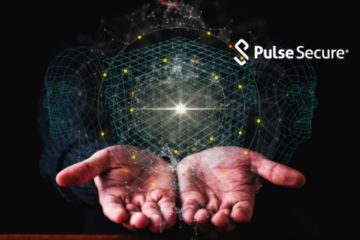