Blockchain: The New Economic Growth Race. U.S. Government Warned It Is Falling Rapidly Behind in the Global Blockchain Technology Race.

Omer Ozden, Chairman of RockTree LEX, who was legal counsel to Facebook dating back to 2006, was at the monumental, multi-day Congressional Hearings in Washington, D.C. with other high-profile CEOs of leading Blockchain companies, top Blockchain lawyers and government officials to shape the future laws and policy of Libra, Blockchain and Cryptocurrency in the United States.

RockTree LEX sees Libra and the Congressional Hearings as another major milestone in Blockchain and the financial industry’s rapid evolution into “Wall Street 2.0.” Increased regulatory attention and the fast-growing participation of large financial institutions in the space have upgraded the Blockchain industry with the entrance of Fortune 100 technology companies and global bulge bracket investment banks. Ozden attended Congressional Hearings with Facebook, across open-door and closed-door private sessions with both Democratic and Republican leaders of the U.S. government. These included deep discussions with the Congressional Blockchain Caucus, Co-Chaired by Tom Emmer (Rep), Bill Foster (Dem), Darren Soto (Dem), and David Schweikert (Rep), members of the House Financial Services Committee who led testimony questioning of Facebook’s David Marcus, and closed-door sessions with leading Congressional and Senate members.

“U.S. securities laws created in the 1930s, as regulated by the SEC, are inadequate for regulating cryptocurrencies. The rules surrounding commodities under the CFTC are more suitable, and we should look to other governments that have adopted similar commodities-based regulations for cryptocurrencies, such as those in Japan, Switzerland and Singapore,” stated Ozden to Congressional members.

“Major disruptive technology advances are inevitable. We have done this so many times in human history; it is how they are managed and embraced that sets one economy’s growth trajectory over another’s. What made America great is the ‘Do No Harm’ approach Congress took towards the Internet in the 1990s. This allowed American Internet companies and technology to grow and, eventually, dominate much of the globe. We need to do the same for Blockchain.”

Ambiguity in the U.S. by the SEC up to now has meant many U.S. innovators and large amounts of investment capital leaving the U.S. and choosing to be domiciled in more friendly jurisdictional environments, such as Facebook’s move to Switzerland. Ozden advised Congress “that if the U.S. government falls behind by just two or three years, it is like losing 10 to 15 years in a traditional industry, and the U.S. will be out of the race.”

Ozden told Congressional and Senate leaders that the “top cryptocurrency exchanges, cryptocurrency mining companies and technology companies in Blockchain were predominantly in the United States five years ago. Yet today, the top exchanges and miners are all in Asia or Europe. An example given by Ozden was that of Huobi, which is the largest cryptocurrency exchange in China. “Huobi has worked closely with China’s regulators and has opened large technology teams in a crypto-friendly technology zone in the South of China. The United States should support companies like Huobi and Facebook that take the approach of ‘working with government’ instead of ‘running away from government,'” stated Ozden.

“The future of Blockchain,” added Ozden at meetings with Congress, is “Wall Street 2.0. It means more regulation. It means more licenses. It means widespread institutional adoption. And it means rapidly increasing liquidity flows and substantial economic growth for those who capture it.” 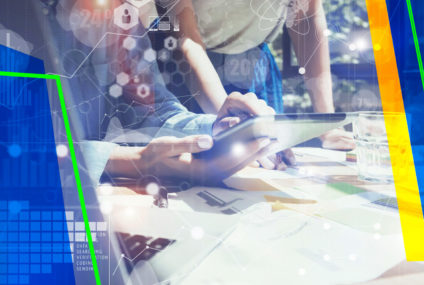