Global Blockchain Technologies Corp. is pleased to report that it has completed its previously announced acquisition of Coinstream Mining Corp. by way of three-corner amalgamation. Under the terms of the definitive acquisition agreement, GBT will acquire 100% of Coinstream and assume all of its existing assets and underlying agreements at present, including:

Distributed Mining would allow anyone with a connected device to download and install a software packet, giving the user access to optimized cryptocurrency mining. The distributed mining platform will be able to optimize for variable mining requirements, and its design is particularly well suited for gaming consoles, of which there are over 100 million currently connected units. Gaming consoles contain stronger processing power than that found in typical laptop/desktop computers, making them the perfect environment to deploy the distributed mining platform as individuals are able to put their resting consoles to work, earning them valuable cryptocurrency tokens.

Both the Manitoba and Mozambique facilities are managed by personnel who are seasoned in the operation of cryptocurrencies, providing a turnkey and lean solution to GBT.

The Company is pursuing a plan of arrangement to liberate the value in its mining division. Through the arrangement, the Company intends to list Global Blockchain Mining, along with all of its mining interests, as a publicly listed Canadian entity.

The spinout will be on a one-for-one basis with every share held of GBT entitling the holder to one share of Global Blockchain Mining.

The Company has set the annual general and special meeting for April 10, 2018. All shareholders as of the record date, March 1, 2018, will be entitled to vote at the meeting, as well as to the spinout share.

The spinout entity is anticipated to have combined access to 175 MW of low-cost, reliable power in Montana, Manitoba, and Mozambique and currently has 6,666 AntMiner S9s which are expected to be fully operational by mid-April.   The spinout will also hold 25% of Distributed Mining.

GBT will satisfy the acquisition of Coinstream by the issuance of 32.5 million common shares of Global Blockchain Technologies.

The completion of the arrangement and the listing of Global Blockchain Mining will be subject to regulatory approval of this transaction, the approval of shareholders, the Supreme Court of British Columbia and the Canadian Securities Exchange, which is not guaranteed. 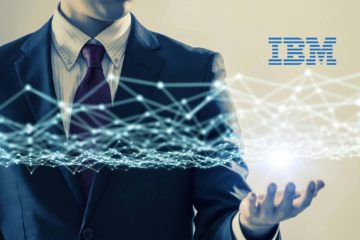 Woz U and Blockgeeks Announce Partnership