The Most Exciting Green Startups to Watch in 2020 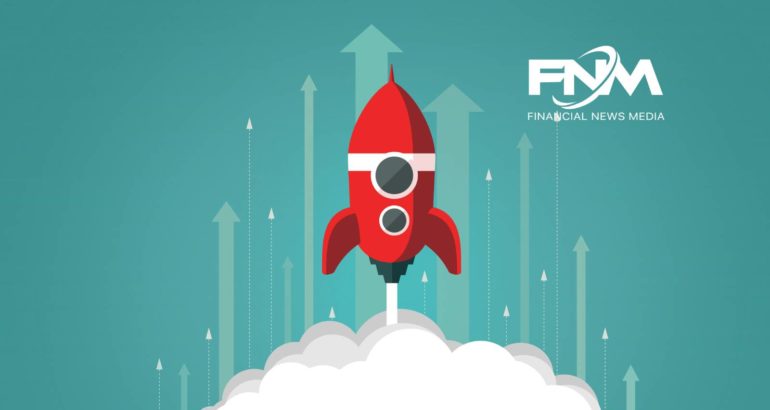 Green Tech Startups Pave the Way for a New Future

Green tech startups are leading us into a new era. Amidst an unpredictable global scenario impacted by COVID-19 and fears of recessional disruptions, a totally new collection of green tech startups are about to revolutionize the sharing economy. We can call them The Airbnb’s of energy, the Uber’s of zero-carbon transportation, the VRBO of blockchain electricity-sharing, and down the line, maybe a Google of domestic utilities. BTW– Hollywood celebrities like Will Smith and Jada Pinkett Smith are backing one of these startups.

AI, Cloud, and Blockchain: The Future is Mobile

With blockchain and Fintech leaping ahead of other emerging tech applications, Smart Money is starting to receive attention. According to  FinancialNewsMedia, the sharing economy has become an unstoppable force–and the collaborative, peer-to-peer economy has grown from a curious fad into the trend-to-beat-all-trends over the past decade.

Popularized by ride-hailing apps like Uber and Lyft; home-rental companies like Airbnb and HomeAway; and crowdfunding apps like Kickstarter and Fundablem, this economy has transformed into one of the fastest-growing business trends in history.

McKinsey now estimates that 162 million people or 20-30% of the startups’ workforce in the U.S. and Europe alone are providers on sharing platforms. The latest startups making huge waves and threatening to disrupt sharing as we know it include a Slovak outfit that is fashioning itself as the Airbnb of clean energy…

A Canadian startup that meets the widespread demand for a green ride-sharing solution by giving consumers a choice of vehicle and by contributing to planting a tree for every ride. And, an Australian peer-to-peer energy trading platform that is storming the renewable energy halls of Silicon Valley.

All three combine the best of IT with the biggest of trends: sharing and environmentally responsible investing.  Meet the three startups rewriting all the rules:

Slovak startup Fuergy plans to turn household renewable energy-sharing into a reality.  One of the latest is a Slovakian startup that is now fashioning itself as the Airbnb of clean energy, with a mission to turn household renewable energy sharing into a reality. Using the Fuergy platform, home users who generate surplus solar or wind power can sell it directly to other members in their community instead of the usual model of feeding it to the grid.

This way, the consumer bypasses high processing fees thus allowing them to earn more from their renewables. Meanwhile, the buyers are able to purchase the shared energy at cheaper rates than buying it from the main grid–a classic win-win for both the seller and the buyer.

Obviously, sharing something as unpredictable as solar and wind power can be a really tough call and nothing like sharing an Airbnb.

After all, the system should be able to accurately predict power generation and user consumption at any given time of the day so as to only buy what’s necessary or sell what is surplus to requirements.

This is where Fuergy’s artificial intelligence (AI) platform comes into the equation. Fuergy optimizes energy consumption by using its ability to connect with IoT (Internet of Things) devices, including a diverse range of home appliances including heat pumps and washing machines.

By connecting to the IoT, Fuergy is also able to schedule energy consumption to times when energy is cheaper, or even store it in the form of heat or cold.

By using a weather forecasting system and consumer habits analysis, the system is able to, for example, adjust heating settings so that no energy is wasted for heating an empty house at the beginning of a sunny day. Based on these inputs and parameters, the AI system is also able to evaluate the amount of energy it can sell or purchase to ensure a trouble-free operation of the delivery point.

As Branislav Safarik, COO at Fuergy, has told Observer:

“Green energy is highly weather-dependent, and therefore, it is very hard to predict how much energy they will produce throughout the day. So, first of all, we need to get the renewables under control. This can be done with the help of batteries or other kinds of energy storage. We can store the green energy and use it when needed. This must be done at the level of energy supplier.”

The open, distributed and dynamic energy model that Fuergy is building will probably be an easy sell because of one key attraction: significantly startups lower energy costs. Fuergy’s pilot project for businesses has already realized 50% lower energy costs.

The next-gen ride-share company offers customers a choice for every ride, whether they want an EV, a hybrid, or a conventional car. And even if they choose conventional, they’re still making a green choice because the CO2 is being offset for them.

While Uber was busy spending tons of capital on making ride-sharing a thing, Facedrive was predicting where things would go next, and laying the green groundwork.

“We’re all about grabbing onto the biggest trends in tech before they’re mega-trends. So that takes us back to 2016, when we first came up with the idea. Whenever a major new trend emerges, it’s the job of the truly innovative to step back and say ‘OK, this is an explosively great idea – so what’s wrong with it?”

Sayan added, “When you figure that out, and you’ve got the right network and the right people behind you, you can jump in on one of the biggest trends and disrupt a massive market at exactly the right time.”

Already, Sayan is attracting huge names with Facedrive (FD.V) because it’s been recognized as the #1 eco-friendly and socially responsible TaaS (Transportation as a Service) platform.

In addition to celebrities, including Will Smith and Jada Pinkett Smith, WestBrook Global Inc. is also on board. The company has even partnered with a major telecom firm to offer drivers significant discounts.

Facedrive has already planted 3,500 trees, and its ride count has gone from 200 a day just 4 months ago to 1,000 rides per day  right now–and counting. The next big push comes in Q3-Q4 of this year, when Facedrive targets expansion into U.S. and European markets.

Power Ledger is based out of Australia and functions as a peer-to-peer energy-trading platform and the first ever carbon credit project of its kind. Imagine, as a household, being able to monetize your renewable energy investment while simultaneously providing your community with cheaper energy via the blockchain–all thanks to an innovative peer-to-peer platform.

The bigger this gets, the more likely it will be to disrupt the energy sector by helping to make renewable energy more affordable and attractive. It’s been making waves around the world, and now it will be hitting up California in partnership with Silicon Valley Power and the Clean Energy Block Chain Network.

That partnership will create a digital record of Low Carbon Fuel Standard (LCFS) transactions. For anyone not familiar with carbon credits–it’s a complicated and cumbersome process that was just waiting for someone to come along with a better way of tracking renewable energy use and offsets–and hopefully, a better algorithm, which is exactly what Power Ledger offers.

Power Ledger tracks energy production, storage and use with full-on transparency, and Silicon Valley is by no means its first carbon credit rodeo.

They’ve also been busy in Japan, in partnership with the Kansai Electric Power Co. (KEPCO) for a renewable energy sharing project, and back in Australia, they’ve been working on micro-grid projects, hitting up Southeast Asia and New Zealand inbetween. They also just won a contract  with an Italian energy giant that sets the stage for what’s to come next …

So whether it’s Uber–only better, or energy we can buy, sell and lease like an Airbnb, or a novel AI-inspired way startups to make carbon credits actually makes sense … These startups have one thing in common: They watched all the sharing giants on their foundation-laying spending sprees, and then they focused on what was missing. What comes next? These are the innovations driving the disruption.

Bigger companies are getting involved, as well.  Google’s parent company Alphabet (GOOGL) is a shining star in the tech world. Despite being one of the largest companies on the planet, in many ways it has lived up to its original “Don’t Be Evil” slogan. Though it has had its controversies in the realm of data collection and advertising, Google has led a revolution in the tech world on multiple fronts.

First, and foremost, it has officially powered its data centers with 100% renewable energy over the last two years. A massive feat considering exactly how much data Google actually processes.  Not only is Google powering its data centers with renewable energy, it is also on the cutting edge of innovation in the industry, investing in new technology and green solutions to build a more sustainable tomorrow.

Apple (AAPL) has always thought outside of the box. And when it brought back Steve Jobs in 1997, the company really took off. Jobs also paved the way to a greener future for the company.

From the products themselves, to the packages they came in, and even the data centers powering them, Steve Jobs went startups above and beyond to cut the environmental impact of his company. After his passing, Tim Cook took these principles to heart, and picked up the torch, transforming all of Apple’s operations into models of a sustainable future. Now, all of Apple’s operations run on 100% renewable energy.

Automotive: Will the Giants Deliver Mobility Solution of the Future?

General Motors (GM) has created its own brand of electric bikes, called Ariv. The bikes were just launched this year, but have already captured the attention of the European market. While they err on the side of pricey, coming in at $3,800 per unit, they do boast a high top speed and can travel a modest distance on a single charge. The kicker for many, however, is that they can fold into an easily carriable pack, making them the perfect choice for a lot of commuters. Especially in big cities like London or Berlin.

Ford (F) is taking a different approach. It’s swooped right into the scooter market, buying Spin for a clean $100 million. Initially deployed in San Francisco back in 2017, Spin is widely considered to be a part of the Big Three of the scooter world, along with Lime and Bird.  While Ford’s buyout of Spin made headlines, it’s certainly not the first urban transportation alternative Ford’s sunk its teeth into.

Renewable Energy is the Future

NextEra (NEE) is the world’s leading producer of wind and solar energy, so it’s no surprise that it has received some love from the ‘millennial dollar.’ In 2018, the company was the number one capital investor in green energy infrastructure, and fifth largest capital investor across all sectors. No other company has been more active in reducing carbon emissions. And they’re just getting started. 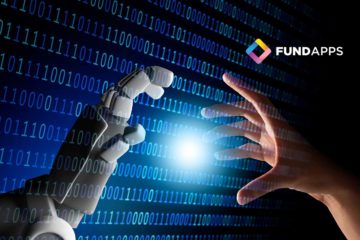 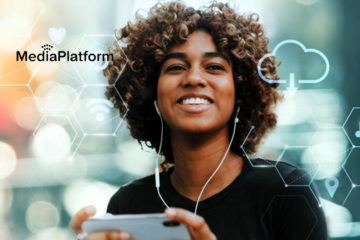