The new decentralized Ethereum based game, World of Ether, sold almost $500,000 of presale eggs in its first 48 hours of release. Now, just 3 weeks later, the game has introduced an affiliate program to reward sources that are driving sales.

At the end of Q1, 2018, upon launch of the full game, the presale and affiliate program will end. At this time, eggs jump in price by 15% in order to increase reliance on the monster marketplace.

In the full game, all presale eggs will be able to be hatched into monsters that can be bred, battled to increase the player’s level which unlocks the ability to breed rarer and more powerful monsters, sired for ETH, and sold on the marketplace for ETH- in a system that could end up being quite profitable for players.

The egg presale owners will be populating the marketplace with monsters, which new players are incentivized to purchase by there being a very high egg price. Presale monsters also have a shorter breeding cooldown period.

World of Ether is translated and available in Chinese, Russian, Korean, Japanese, Spanish, and French.

Here’s What You Need To Know

Ethereum blockchain, which they can battle, breed, sire, and sell.

What am I selling: You are selling presale eggs which players can hatch into monsters upon release of the full version of World of Ether.

How are eggs purchased: Eggs are purchased with ETH through MetaMask or Toshi. For a full tutorial video please click here.

What can players do with their monsters: Monsters can be bred to create more monsters, battled to increase the player’s level which unlocks the ability to breed rarer and more powerful monsters, sired (if male) for ETH, and sold on the marketplace for ETH.

How much can monsters be sold for: The price of monsters is entirely set by the market and the players on it. Players set the price of the monsters they sell.

How many monsters are there: There will initially be 200 species of monsters for players to hatch/discover. However, there will periodically be more monsters added into the system (of which their statistics are randomized to our algorithm in order to maintain decentralization) with the WoE team only providing the artwork, name, and lore.

What does it mean to discover a monster: The player that discovers a monster has his/her username recorded next to that monster for all to see.

That player is forever credited as being the monster’s discoverer. 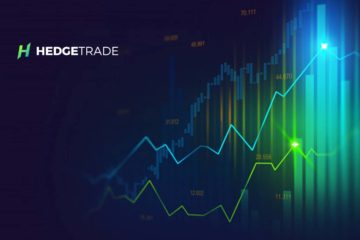