As the world is concerned by the recent Facebook scandal, which hit 87 million users, people ask how safe their personal information is in the digital age.

Well, not so much.

What’s even worse is – identity fraud is on the rise.  According to statistics of Javelin Strategy & Research, a research-based advisory organization, “In 2017, there were 16.7 million victims of identity fraud, a record high that followed a previous record the year before,” in the U.S.

There is good news though.

Many big players in the digital age such as Microsoft and IBM are all working on their solutions.  And, the population-condensed Asia, which homes more than half of the world’s 7.6 billion people – is taking the lead.

Tencent is working with China’s Ministry of Public Security to launch its eID project.  It is a system based on Chinese citizen’s ID numbers, something similar to the social security numbers in the U.S., and connected to the Public Security Ministry’s database.  And, Jack Ma has his Ali Identity of the Pro up and running.

While major media such as Xinhua News Agency and the People’s Daily applaud that above digital ID (DID) applications enable people to approve “I am whom I am” anytime and anywhere, smaller players have come up with “better solutions.”

“We call it better because our solution is decentralized,” said Rita Chao, co-founder of ID Chain, a DID verification system.  “Everyone knows there are hackers somewhere in this universe.  When one attacks, your centralized system can get collapsed.  Our decentralized structure is much tougher in that sense.  Hackers have to attack every node on the chain to stop it from functioning.”

Sheng Songcheng, counselor to the People’s Bank of China compared the new blockchain technology with the beginning of the Internet at the recent Boao Forum for Asia.  Sheng said if Internet were killed at its baby stage, we’d be still hand writing letters to each other today.

One thing that makes blockchain stand out is its distributed ledger mechanism, which records every transaction on each node of the network.  Information tampering is almost impossible with such a design.

On ID Chain blockchain, a first-time onboard user inputs his personal information such as name, date of birth and ID number, etc. into his own mobile digital wallet.  The user brings the digital wallet to a bank and goes through initial identity setup and verification.  The verified information is stored in ID Chain and confirmed. When the user opens accounts at other banks within the network, he can submit the digital information to the other banks directly and authorize them to use the blockchain for verification.  The ID Chain mobile application shows who gets access to the user information on real time.

ID Chain collaborates with the Hong Kong Applied Science and Technology Research Institute (ASTRI) in the blockchain development. In the past, ASTRI has successfully developed a Proof-of-concept Blockchain system for bank account onboarding with Hong Kong Monetary Authority and five leading banks in Hong Kong. ID Chain would like to leverage the success and further enhance such a system with ASTRI.   The team is envisioning a powerful exclusive national and international banking and credit system.

“ID Chain got compared a lot to GXS,” a decentralized digital personal information exchange platform.  Chao clarifies: “We appreciate GXS, and its CEO Huang Minqiang’s efforts on data exchange, but there’s no data trading on ID Chain.  We focus on verification.”

No matter how to tackle the issue, Chao and Huang both agree that “Now is only the beginning of block chain; there are tremendous opportunities out there.”

Digital Transformation in Airports Takes Off with Biometrics and Blockchain 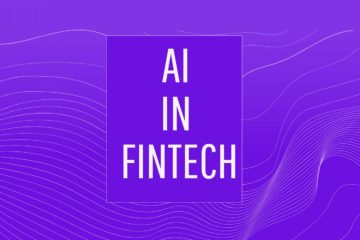 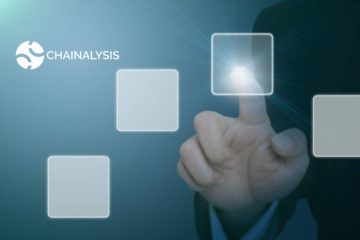