Kadena Raises $2.25Million in First Round of Funding For Innovative Blockchain Platform

Kadena Raises $2.25Million in First Round of Funding For Innovative Blockchain Platform

Major investors in the private-placement SAFT round included Metastable, Kilowatt Capital, Coinfund, and Multicoin Capital. Kadena is a post-revenue startup whose private, secure blockchain is currently used by a Fortune 100 company in healthcare and insurance.

While innovations in blockchain like Bitcoin or Ethereum generate excitement, they face serious challenges: transaction speeds are far too slow and many designs to speed things up compromise security.  Kadena’s new public protocol, “Chainweb,” uses a “parallel-chain” architecture to push transactions speeds to 10,000 transactions per second and beyond, without sacrificing any assurance.

“Widespread enterprise adoption by industry of blockchain solutions will require public and private blockchain platforms that are capable of real-time, secure, low cost transactions,” says Martino.  “We developed Chainweb in order to fill that need, and to accompany our high throughput, scalable protocol for private blockchains.”

The company announced the Chainweb protocol at a cryptocurrency conference in Stanford to considerable excitement. Kadena will use Chainweb in a public blockchain for a new digital currency and utility token. It is under development and is expected to launch by the end of 2018.

“The presentation of our Chainweb protocol at Stanford demonstrates how we’re delivering the next stage of cryptocurrency platforms for business adoption,” says co-founder Popejoy. “We intend to change the way people think about smart-contract blockchains.”

Kadena LLC’s mission is to become the leading blockchain platform for businesses and enterprises by solving the speed, scalability and security concerns that impede widespread blockchain deployment.

FINX Is Now Available in Bancor Exchange, Bringing Southeast Asia’s Decentralized Banking to the Next Level 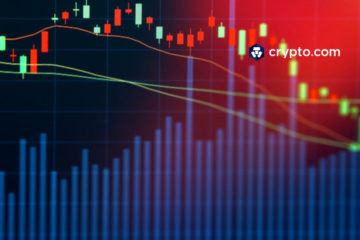