With terms like AI, blockchain and machine learning being thrown out a lot these days, it’s important to look beneath the surface to see if there’s more to them. With that in mind, Konnect Worldwide Business Media conducted India’s first AI-oriented industry conference at Gurugram. Dubbed the AI India Congress 2018 by the organisers who specialise in conducting industry forums on disruptive technologies, the event brought together stalwarts from the industry to discuss the actual use cases and benefits of artificial intelligence, both for businesses as well as end consumers.

Summarised below are the major discussion points:

Following up that panel discussion was Mr. Anku Jain, Managing Director of MediaTek India, who shared his thoughts on ‘Future of smartphones with the built-in AI assistant’.

Next, several speakers came to the podium to provide insights on how AI is changing different industries such as healthcare and manufacturing. The event ended with another interesting discussion on ‘Opportunities and Future potential of AI’ with a focus on India’s booming startup ecosystem. The panel comprised leading startups like My Crop Technologies, Flutura Decision Sciences along with the $100mn Fundamentum Partnership Fund, which is backed by the likes of Nandan Nilekani.

On AI in Smartphones and Smart Gadgets

Did you know that MediaTek’s chips power Amazon’s Echo line-up of smart speakers?

This fact was revealed by Mr Anuj Sidharth, who mentioned that contrary to popular opinion, 60 percent of MediaTek’s business comes from non-mobile category. Of course, he also shared how the Taiwanese chipmaker is at forefront of the AI revolution, citing examples of the Helio P60 SoC that launched earlier this year. He shared examples around how artificial intelligence add a lot to the user experience, from enabling face unlock to powering smart camera modes and from supporting smart albums to efficiently utilising the phone’s battery. With the help of MediaTek’s NeuroPilot engine, the chip is intelligently able to decide whether the task at hand can be handled by the CPU, GPU or APU (AI processing unit), ensuring better battery life. He also said that this is just the tipping point, as the day isn’t far when one can open or close curtains inside their homes with just a clap.

Adding to that, Mr Anku Jain stated that the latest silicon from the company, the Helio P90, takes AI processing capabilities even further. The chipset is supposed to be four times faster than the Helio P70 SoC, and tops the AI speeds offered by flagship chipsets from its rivals. The most interesting AI-based capability enabled by the chipset is that it can recognise human poses in real-time, unlocking interesting possibilities like correcting one’s posture while doing yoga or playing a game of golf.

On AI beyond the Technology Sector

While everybody believes that artificial intelligence is limited to the world of technology, that’s not the case. GE Transportation, for example, is using AI to build digital twins, which is quite an interesting concept. It allows the company to create a virtual replica of a physical, real-world asset and then pass the former through the exact same set of conditions as the latter. This means that the company can predict issues related to the actual asset through its digital representation.

Mr. Deepak Pareek from My Crop Technologies mentioned how the startup is using AI to revolutionise the agriculture sector. By leveraging the power of data, it’s able to help farmers decide which crop to grow and when, so that the farmers can maximise their revenues. My Crop Technologies is also working with buyers, financial institutions and governments directly to create a sustainable ecosystem around farming.

AI can usher a lot of changes in the healthcare industry as well by automating processes and diagnosing basic things. But one really interesting perspective was shared by Mr. Sumit Puri, Chief Information Officer, Max Healthcare, when he said that AI will bring compounding changes. Citing an example of driverless cars, he suggested if and when the tech is there, it’ll affect the insurance industry (as accidents would be fewer and far between) and hospitality (as people won’t be driving themselves, so they can rest or get their work done during commuting itself).

Sharing a startling stat that no Indian company ranks among the top 100 companies working on AI globally, Mr. Deepak Garg told how he at Benett Centre of Research on AI is trying to change it. He’s working with academic institutions to provide training for AI. He also shared that the centre has a supercomputer as well for deep learning, which is delivering performance equivalent to 500 conventional servers.

A sceptic’s take on AI

But amidst all this hoopla around AI, Mr. Vivek Vishnu from Intex, who’s also the author of the book ‘Transformation Strategy for the Digital CIO’ became a voice of reason by suggesting that we should be aware of ground reality as well. He said that a lot of things can be simply solved by basic data analysis and might not require AI processing. He also mentioned that artificial intelligence will always be probabilistic and not deterministic, so one should always use it for predictive analytics. However, he did add that consumers have already started embracing AI which is positive for the ecosystem, and if organisations also undertake AI’s vertical implementation from top to bottom, then it can bring a lot of positive change for them too.

Overall, AI India Congress 2018 helped bring the potential of AI to the fore, covering not just the concept, but the ground reality and real-life use cases. Clearly, AI is a lot more than just a buzzword, and it’s exciting to think that a revolution might just be around the corner… once all that potential gets unlocked. 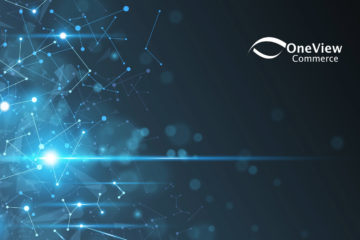 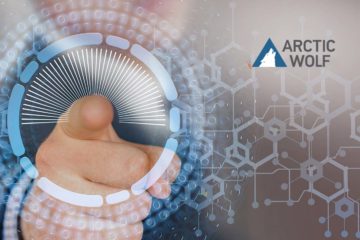 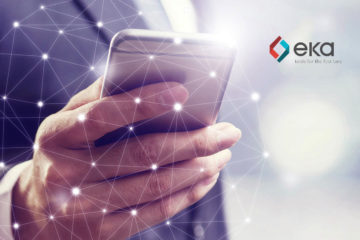