LCX is honored to announce that the Blockchain Research Institute (BRI) named LCX as a Blockchain Pioneer. The news was first made public during the LCX Blockchain Sessions in Vaduz, last Saturday, 01 December 2018. The ceremony was attended by BRI Founder Don Tapscott, Prince Michael of Liechtenstein, and Monty C. M. Metzger, the CEO of LCX.

The Blockchain Research Institute (BRI) is an independent, global think-tank committed to identifying the strategic opportunities for blockchain in business and government, founded by Don and Alex Tapscott, and headquartered in Toronto, Canada.

“Making institutional investments more accessible is crucial to the mainstream proliferation of blockchain across all markets. LCX is leading the way in that regards, which is why I’m pleased to welcome them to the Blockchain Research Institute as a Pioneer member,” says Don Tapscott who also functions as an advisor to LCX.

As a Blockchain Pioneer, LCX joins other prominent BRI members like Nasdaq, AION, Accenture, Deloitte, IBM, Microsoft, among many more.

LCX will benefit from the information sharing and networking potential of having access to over 80 BRI research projects in strategic areas projected to benefit from or otherwise be disrupted by decentralized ledger technology.

“LCX is proud to be named a Blockchain Pioneer by the Blockchain Research Institute and to join the BRI as a member. We look to BRI as a powerful, collaborative network as we work to build the infrastructure for the next growth wave of the blockchain industry, developing the tools and products for institutional investors to join the crypto assets markets,” says LCX CEO Monty C. M. Metzger of the recognition. 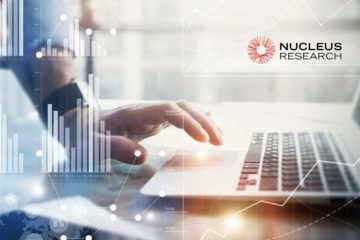 IPsoft Named a Leader in Conversational AI for Customer Service