Traditional centralized cloud computing has become a consolidated market with heavy-weight incumbents making penetration by new market entrants difficult. As a result, the offerings are high-priced and often locked into other cloud services from the same provider. Further, the complex nature of cloud configuration and the centralization aspect has made data security an emerging risk. Over the last few years, the decentralized cloud market has emerged with the goal to displace public cloud service providers with cheaper, more secure blockchain-based compute and storage alternatives. ABI Research has identified the 15 hot tech innovators in the space that are already kicking up a storm in the cloud space: 0Chain, ælf, Ankr, DFINITY, Ethernity, Edge, Filecoin, iExec, Internxt, Golem, PPIO, Oasis Labs, Sia, Sonm, and Storj.

“The technology being built promises significant cost benefits over traditional offerings from existing cloud services, with containers, blockchain, and trusted computing being leveraged for security as well as simplicity. As the startups launch their mainnets and commercial offerings, the cloud market is likely to undergo significant upheaval”

Together, these innovative startups have amassed over $600 million in funding in just the last 3 years, through VCs and token sales (initial coin offerings). “The technology being built promises significant cost benefits over traditional offerings from existing cloud services, with containers, blockchain, and trusted computing being leveraged for security as well as simplicity. As the startups launch their mainnets and commercial offerings, the cloud market is likely to undergo significant upheaval,” says Michela Menting, Digital Security Research Director at ABI Research.

The technology leveraged is relatively new and untested, with founding developers looking to improve on existing blockchain technologies used in applications like Bitcoin. “The startups in the space are developing the infrastructure and the networks to be more power-efficient and scalable, as well as more resistant to common blockchain vulnerabilities such as 51% attacks, consensus delays, selfish mining, smart contract, and Denial of Service. Critically, they are set to give traditional cloud providers a run for their money by offering significantly lower price points for cloud services. They are achieving this by leveraging a network of peers to offer spare computing power and storage capacity in exchange for token-based incentives,” Menting concludes.

These findings are from ABI Research’s Hot Tech Innovators: Decentralized Cloud Computing and Storage report. This report is part of the company’s Blockchain & DLT research service, which includes research, data, and ABI Insights. Hot Tech Innovators reports focus on companies at the forefront of transformational innovation, particularly those that are younger and less well-known than the incumbents, at the technological forefront of their markets, developing new business models, destabilizing the current market and prime acquisition targets. 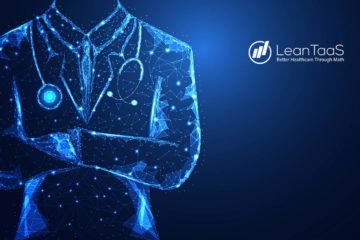