In this new groundbreaking pirate-themed game, players fight each other to become the great grand master of the seven seas. Players will uncover the legend of a powerful and cursed treasure chest that, when opened, spews an enormous anticyclone that lasts for months. The resulting upheaval annihilates a portion of mankind and spawns all types of fantastic creatures. These creatures and other game elements are represented as unique trading cards.

A revolutionary feature of Darkwinds, as compared to other on-line card games, is that it runs on top of the Ethereum network. More specifically, all Darkwinds cards are non-fungible tokens or cryptocollectibles, a new standard for virtual objects where players have perpetual rights to sell, trade and give away their items, both within and outside of the game’s ecosystem.

This is possible thanks to the same technology that makes cryptocurrency possible, as Darkwinds cards exist on the same Blockchain used by all Ethereum tokens.

According to Cristian Gonzalez, CEO of Mego, “Cryptocollectibles and Cryptocurrencies represent a paradigm shift for games because players can now take an active part within games’ virtual economies. Since the advent of free to play, there has been very little business model innovation within the video game industry and crypto gaming represents a much needed, giant leap forward.”

Players can use ETH to buy Booster Packs, which can contain 10, 25, or 50 cards generated pseudo-randomly via a smart contract. This means that, like traditional trading card games, it is impossible to determine which cards users will receive and some of these cards are very rare. To play, users create decks using their cryptocollectibles and battle each other in pirate-themed, heads up matches. As players succeed, they climb to their official rankings.

The crucial workings of Darkwinds are governed by its ETH smart contracts. For example, the smart contract determines the distribution of cards between different types and the awarding of cards to players. This assures that gameplay is both fair and transparent, a significant differentiator from other online trading card games where developers operate “black box” systems with inner workings that are hidden from their players.

According to Ilya Nikolayev, CEO of Tapinator, “We are very excited to be partners with Cristian and the Mego team on Darkwinds. We believe that gaming is one of the most promising verticals for blockchain technology and that home run, franchise games will be built as decentralized, Ethereum applications (dApps). Trading card games, such as Magic the Gathering, Yu-Gi-Oh! and Hearthstone, have become massively successful in the real world, online, and on mobile devices. We believe that the trading card genre is a great fit for blockchain technology and that, with the launch of Darkwinds, we can establish early leadership within this category. Darkwinds represents the first of two products currently under development within Tapinator’s recently announced Blockchain Games initiative.” 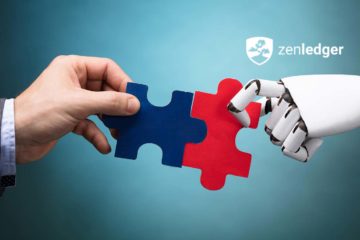