Miracle Tele launched in 2018 with a working product and a big plan to revolutionize the world of telecommunications. Since then, they have been steadily building a large and active community of users and supporters. They have also opened up a crowd sale to help boost their reach and improve the speed at which they continue to grow both technically and in the market. To date, this crowd sale has raised over $15,500,000.

Miracle Tele is already ahead with hitting milestones — in 2020 they plan to integrate their own blockchain with telecoms and IoT, making them well-placed to serve Smart Cities and beyond. Since the official start of their ICO eight months ago, they have achieved sustainable growth of their blockchain telecom network and sold over 50,000,000 TELE tokens. Now is the last chance to get the tokens in the crowd sale before they hit exchanges.

As well as a solid founding team with vast experience across telecoms and blockchain globally, the Miracle Tele team has been growing solidly in the background, and they have recently ramped up their efforts by seeking the expertise of consulting CMO, Zia Word, who built and sold Chozun — a blockchain-based travel ecosystem in China.

Zia joins CEO Andrew Burciks, who majored in political science at the University of Latvia, and for the past several years has worked with various Latvian companies on introducing blockchain technology in their business processes. Also on the team is CTO Aleksandar Djordjevic, a crypto enthusiast and “Under 30 CTO & Entrepreneur,” and CCO Sagar Bansal, an IBM-certified blockchain professional who has worked on more than five ICOs.

Miracle Tele pays 40% of their proﬁts to TELE token holders every two weeks, and early TELE holders have already been earning beneﬁts. With this new development, TELE investors will have the choice to stack their tokens for rewards, which get paid out in Euro, or trade on the exchanges.

Earning dividends with TELE is easy and is similar to Proof-of-Stake. Miracle Tele has its own “stacking” system; users “stack” their TELE tokens within the TELE app or website, and every two weeks they are paid dividends that they can choose to payout into real ﬁat (currently Euro).

Four Technology Breakthroughs of BlackPearl.Chain Are Reinventing the Public Blockchain 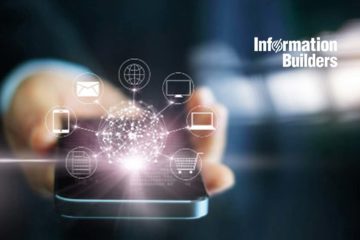 Coinsquare Launches into the European Union

The French Startup NeuroChain About to Be Listed on HADAX/Huobi