Parity Technologies announced that the co-founder and former Chief Technology Officer (CTO) of Zilliqa protocol has joined the team as Head of Engineering for Asia.

Along with his research and development contributions to Polkadot, Yaoqi will be focusing on building the developer ecosystem around Substrate, the highly-advanced blockchain building software development kit (SDK) developed by Parity Technologies.

Fredrik Harrysson, Parity’s CTO noted that Yaoqi’s hire “will bolster our engineering efforts as we eye Polkadot’s launch around the new year.” He continued, “Yaoqi’s experience working in Asia brings an important point of view to our team.”

When asked his thoughts on joining Parity Technologies, Yaoqi said: “I am looking forward to what the next year and beyond holds. Polkadot represents a huge shift in the status of blockchain technology, to pursue the vision of a decentralized Web, and being able to contribute to a company like Parity is a great opportunity – I am looking forward to the challenge.”

At Zilliqa, Yaoqi’s responsibilities ranged from management of the sharded blockchain protocol’s technical roadmap and development to adoption of their technology stack and maintaining relations with the project’s community and investors.

Read More: Brave Launches Next-Generation Browser that Puts Users in Charge of Their Internet Experience with Unmatched Privacy and Rewards

Before co-founding and leading Zilliqa, Yaoqi got his Ph.D. from the National University of Singapore. He has proposed several technologies in his research as the building blocks for next-generation blockchain, addressing consensus and privacy issues.

Yaoqi’s previous research work has been published in top international conferences, such as CCS and USENIX Security. He has received the Best Paper Award in W2SP and ICECCS. His work was acknowledged by Google and Apple and has received media coverage including Bitcoin Magazine, Dailydot, and Gizmodo. He was also selected for the “Forbes 30 Under 30” Asia Class of 2019. 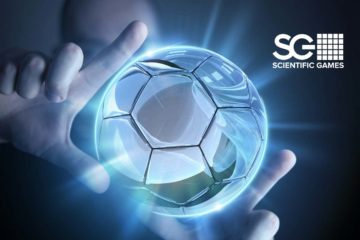